Skip to main content
Posted by Holly Schindler May 21, 2021

I'm a sucker for a good love story. I'm especially a sucker for second-time-around love stories. I recently released Play It Again, the sequel to my YA Playing Hurt--a story that sees the main characters coming back into each other's lives four years after their initial summer romance. 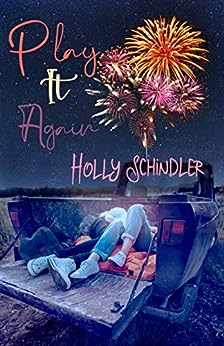 Play It Again asks if the heat of first love can be found again--and made into something permanent, something that can last through every season of the year.

Second-time-around love stories also show up in my adult work, primarily in some of my Christmas stuff. The romantic in me has no problem being swept away by the idea that love once--deep, true love--is love always.

It is, in many ways, something of a naive idea, really.

Maybe it's the temporary nature of the world--we throw away appliances and electronics rather than fix them. We buy furniture with the idea that it will be tossed rather than passed down. Maybe I gravitate toward the notion that love is something that can't be taken out in a black plastic bag, dragged to the curb. I like the idea that love is the one thing that isn't transitory, ephemeral.

I like the idea that love once is love always.