My first--oh--five books or so all hopped genres: My debut, A Blue So Dark, was contemporary realistic YA. My second, Playing Hurt, was a YA sports romance. My third, The Junction of Sunshine and Lucky was contemporary MG. My fourth, Feral, was a YA psychological thriller. My fifth, Spark, was a YA fantasy.

I've never been one to stick with the same thing, as far as my writing went. Over the years, I have returned to some of the same ground, though: in fact, I recently released a sequel to Playing Hurt.

Of all the genre-hopping I've done, the one I was the most tentative about was humor.

I think all my books have had some sort of humor in them, but a completely humorous piece? There was something about that that felt...really bare. Seriously. I think a person's sense of humor says so much about who they are. And putting out something humorous felt uncomfortably vulnerable.

So what pushed me over the edge?

The pandemic. Being in quarantine. In lockdown, when you are inside with the family and you're getting your groceries delivered and you're Zooming every single interaction, it feels as though there's absolutely no chance to take a risk...

I wrote a collection of shorts called Funny Meeting You Here (not necessarily YA, though some characters are fairly young). My stories were only about characters meeting for the first time (since we were so hungry for that, during quarantine). And they were humorous. 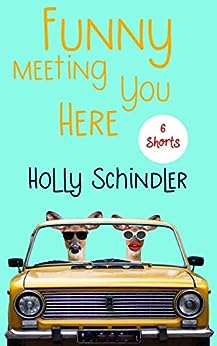 It was scary and different and...fun.

Something about writing humor kinda fit. In a way some of my other genres hadn't, even. I decided to turn it into a series. I released the second installment, Funny You Should Mention That, earlier this year. 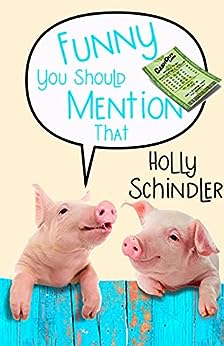 But if there's one thing I've learned over the past couple of years, nothing feels quite as exhilarating as taking a risk.

Funny Meeting You Here is currently a free read:

Holly Schindler is a critically acclaimed and award-winning author of books for readers of all ages. She is currently working on re-releasing her first YA, A Blue So Dark.

Posted by Holly Schindler at 7:30 AM