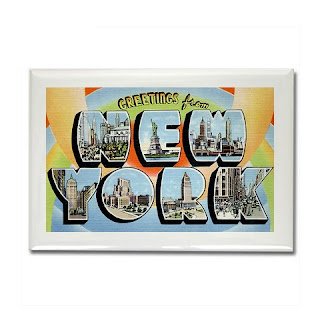 Yes, it's a brave new world out there and who knows what publishing will look like in a year or five or ten, but for now, New York continues to hold the energy and if you can harness some of that fire and life to keep you going when things are tough, I suggest giving it a go.
Email Post