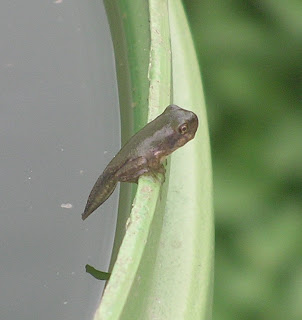 Where should I begin? That's such a good question.

Back in the early 90s when I wrote the first of my six never-to-be-published manuscripts, I didn’t have a clue how to begin a story. My middle grade novel began with my 11-year-old protagonist waking up in the early morning hours and getting dressed. I’m serious. It really did. She was preparing to go jogging on a cold Iowa winter morning, and I described each article of clothing she donned in excruciating detail. If anyone had actually read that horrible opening—no one did—they would have slammed the stack of pages down in disgust.

Over the next decade or so as I studied writing in classes, workshops, conferences, and how-to manuals, I realized how boring those opening pages were. I revised the beginning of that first attempt again and again, making it stronger each time. Although the story never sold, those many tries at beginnings provided much-needed learning experiences.

A few manuscripts later I was feeling confident--even cocky--that I was becoming an expert at this beginning thing. The “blind” first pages I submitted at conferences got great reviews from editors, agents, and other authors. The manuscripts weren’t selling, but I'd mastered the "hook," and that was the most important part. Wasn't it? Now there was the small matter of writing stories that were as compelling all the way to the end as their first pages were. Easy-peasy.

At an SCBWI conference in 2005 Fairest of Them All poked its first page out of the shell and was very well received. But my other disappointing experiences had finally taught me that a stellar beginning doesn’t equal a page-turning novel. As I worked on the manuscript over the next two years I rewrote the story’s opening five or six times and revised the rest of the novel just as many. And I didn’t settle on my first page until my writing group convinced me to ditch the entire initial chapter.

Last month I wrote "The End" on the first draft of my latest young adult project. I’ve rewritten the beginning three times so far. But there’s a very good chance I’ve only begun to begin.