There are two things I know cold when I start writing a book:
The beginning and the ending.
The rest is pretty much a mystery. Even when I have a vague outline, it’s vague and apt to get thrown out when some scathingly brilliant idea comes along.
But the opening image is always very clear to me. The first lines of a book will sometimes rattle around in my head for weeks (or longer) before I sit down to write it.
I think it’s because the beginning is where you lay everything out. Your main character makes her debut, and her first impression on the reader will set the tone for the whole book. Is she full of attitude or full of angst? Is she proactive or reactive? How she tackles the problems in the first chapter is how she’s going to tackle the problems of the book.
The beginning is also the moment where everything changes, even if my heroine doesn’t know it yet. What led up to that moment may or may not be important enough to come out in backstory. But the opening chapter is the tipping point at which the ball starts rolling downhill, gaining speed and momentum until you get to... 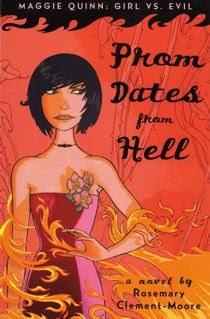 The ending. I have to know where I’m headed. I can improvise the route, but I have to know where I’m headed. For my first two books it was easy. My debut novel was called “Prom Dates From Hell,” so it was kind of a no brainer where that was headed. Same with Hell Week, in which my psychic girl detective pledged a sorority to investigate their unnatural good fortune. Obviously it all came down to Initiation Night. 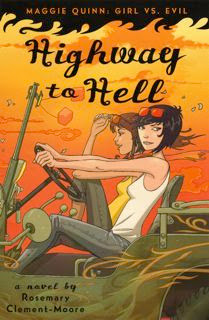 Then came Highway to Hell, which didn’t have a specific event I was aiming toward. But that title became a bit predictive, too, because since I didn’t know where my Maggie and her cohorts were headed, I ended up with 600 pages of them driving around arguing about what to do next.
(Not in the final draft, of course. But the first draft was a little like Fellowship of the Ring, except with less dwarves and the chupacabra in place of the balrog.  As Gandalf says, "All who wander are not lost." But when it comes to books, I say "Plots that wander are not interesting." )
Do I like one better than the other, Beginnings or Endings?  That’s a tricky question, because beginnings are generally much easier for me to write. Plus, they’re full of promise and possibility. What wonders will I see once I set off down this road? Endings loom large, intimidating and indomitable. Can I even get to the top? But oh the satisfaction when I do!
Posted by Rosemary Clement-Moore at 7:00 AM