Skip to main content
Posted by Brian Katcher May 29, 2012

My mother, uh... What is the phrase? She isn't quite herself today.

Please excuse this post. I'm very far out of town at the moment and slightly drunk. But I would like to take this time to thank the two people who have influenced my writing more than any other: Mom and Dad. 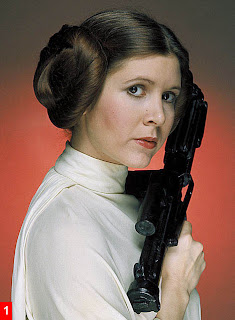 I wanted to include a picture of my mother as a young woman here, but was unable. This photo, at least, captures her hair.

Mom was always a firm believer in reading, and always took the time to take my sister and I to the library. And no matter how busy she was, she always had time to read us a story. It was on my mother's lap that I first discovered how a book can transport you to places well outside the world we inhabit. One of my earliest memories is the story of one bear's struggle to find the perfect hat (spoiler alert: he ends up with the very hat he came in with). It's this lifelong love of reading that has greatly contributed to my success as an author. Mom, thanks for taking the time. Too many parents don't.

My father, however, was not a reader. He was a storyteller.

IMAGE NOT AVAILABLE. This hotel has lousy internet service.

I remember the exciting yarns he used to spin, like 'Uncle Scrooge vs. the People Made of Ice Cream' or 'The Weird Planet Where People Ate Candy for Dinner and Carrots for Dessert.' It was not until I was older that he was able to tell me stories from his own disturbing life. Some vignettes from his youth:

"And then my friend's mother, who was deaf, chased me out of the house with a hammer."
"He told me it was nothing personal, but he was going to have to beat me up."
"And then my dad said 'of course it's not loaded,' just before he shot a hole in the ceiling."
"Then the sheriff, who was wearing bib overalls, told me he'd like to blow my Yankee brains out."

Dad later went on to be a respected school superintendent. It's my goal in life to get that guy to write his autobiography. But his voice comes through in my books.