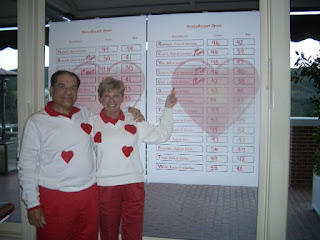 I had very cool parents growing up. And I knew it then, believe it or not. I'm not just coming to this realization some 20 years after I moved out of their house. They were also (in my opinion) very strict. They expected a lot - good grades, no trouble, obscene neatness, politeness and respect (I even had to answer the phone with a specific greeting which was horrifying when it was my friends calling and I sounded like the freaking butler). I was also grounded if I was one minute late for cerfew, which sucked but got me home on time.

They also told me that they smoked pot (once, really?), talked about sex (I was given the birds and bees talk at the dinner table as if it was no big deal), had a fully stocked bar and cold beers in the fridge in the garage, they swore (but I wasn't allowed to), my mom wore bikinis and my dad wrestled with us on the living room floor, they went to concerts, went out with friends every weekend and took my brother and I out for ice cream every Sunday night. I was never told to stop watching TV (probably because I read books more than I watched TV), we ate birthday cake with amazing buttercream icing for breakfast (even though it was nobody's birthday, we just wanted to get a cake). We drank soda with dinner, were never forced to eat green vegetables, got our drivers' licenses the day we turned 16, were handed the keys to the car and told not to screw up. I had my first boyfriend in sixth grade and had a boy/girl party that year as well. They never said I was too young or I should wait until I was "older." Basically, as long as I didn't do stupid stuff, they trusted me.

So. Where am I going with this?

I've never related to the controlling, over protective, detatched, dense, almost invisible parents that proliferate YA books. While I understand that the stories are about the young characters, the role parents play in the life of the characters, even if off screen or in the past, is really important to me. It doesn't have to be negative or huge, but it doesn't have to be non-existant or non-influential, either. Parents can be normal and still have impact. In fact, in all my books the parents are there. They don't need to lecture or teach life lessons, but their presence is felt in the person they raised, the main character. They're the invisible thread that runs through the character, a thread that is woven tighty into the complete fabric of the person and yet a thread that is also tugged and pulled and potentially unraveled as the story and person evolves.