How Reading Saved My Life by Jody Casella

Last week I visited a children's lit class at a college to give a talk on what it was like to be a writer. During the question and answer period, a student asked if I had any advice on how she could share books with her future students when she herself did not like to read.

I blinked at her for a few seconds. Of course I realize that there are many people in the world who don't like to read. But I guess I had hoped that teachers--people who teach reading to children--would not be among that number.

Several other students shook their heads. They didn't like reading all that much either.

I started to give what I hoped was a non-judgmental, thoughtful answer: "Maybe you can share books that interest you with your students. Read stories you enjoy, and those kids (and you) might end up liking reading after all."

Then I stopped again. "Wait. How can you not like to read? What a tragedy!"

Some of the students laughed uncomfortably.

"No. I mean it," I said. "That's horrible. Because some of the kids you will teach are going to need books."

I know this because I was one of those kids, and it is not an exaggeration to say that reading saved my life.

A weird introverted damaged kid, I found the world of books to be safer and quieter and more predictable than the real world, so, no dummy, I escaped into books whenever I had the chance.

The first time this happened was when I was eight years old. One of my aunts gave me the first three books in the Trixie Belden series. For those who aren't familiar with Trixie Belden, these are mysteries kind of like Nancy Drew (but way better--I'd argue). Each book has a mystery to solve, adventure and danger, but it's all fairly tame.

What I loved about the books was not the mystery anyway, it was the characters who seemed like real people--Trixie, her friends, her brothers, and her sweet, watchful-but-in-the-background parents--and the world, a quiet rural farm in the Hudson River Valley. There was a romantic interest too (also ridiculously tame by today's standards) loyal and resilient Jim, a runaway who found that he was an heir to millions but planned to use the money to open a camp to help abused orphans like himself.

I read the three books eagerly and that kind aunt caught on to my new obsession and bought me the other books--all sixteen that were written at the time. Basically these were the only books I owned. I remember being afraid when I started the 16th book, knowing that when I was finished, that was it. The end of Trixie Belden. It was like a physical pain when I closed that final book.

And it was a delicious revelation when I realized that I could pick number one up again and start all over.

I read tons of other books throughout my childhood. Other mysteries. Fantasies. Time travels. Ghost stories. There was an awesome librarian at my local library, who must've noticed me, the weirdo bookworm perusing the shelves every week and checking out everything I could carry home. She pointed out books she thought I might like. After a while, she had a stack waiting for me. She took me out for lunch one afternoon and it ranks right up there as one of the highlights of my sad little life.

When I was a teen I kept reading. I skipped over YA for the most part (that didn't really exist as a genre back then) although there were a few books--Forever by Judy Blume, The Flowers in the Attic series--that I read. I also read whatever my mother had lying around. Stephen King. Sydney Sheldon. Danielle Steel.

Sometimes, in secret, I reread my Trixie Belden books.

I lost track of the set when I went to college and I felt like an old friend had died.  Years later I was browsing around in a used bookstore and I found all sixteen. I burst into tears. I think I paid like twenty bucks for the whole shebang and I started reading the first book before I left the store. One paragraph and I was back in--not just into the world of Trixie, but somehow back into the world of me at age eight.

I remembered that sad dreamy little girl I was, the kid who, thank God, had been given the gift of reading and of books. 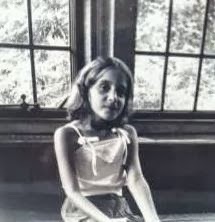