When authors discuss editorial letters, they often reference the daunting ones. Those that require massive global edits—the kind of thing that finds an author cutting half her book out before starting in again…

But for me, one of the most fascinating parts of the editorial process is the way a smaller change can completely give a book a new spin. How simply tweaking a few lines can bring an entire book together in a new way.

I recently made one of those changes to my adult comedy, FIFTH AVENUE FIDOS. The novel is actually an examination of our own “fairy tale” expectations of what constitutes a happy ending—in order to paint this picture, the book has always featured two storylines: one involving Mable, Jason, and Innis the Pekingese finding both love and their place in the world—they’re three “mutts” or imperfect beings who live up to their wildest dreams, conquering the Westminster Kennel Club Dog Show, a place where “perfection” reigns supreme. The other storyline follows Rosy, a princess (and Mable’s fairy tale alter ego) who descends her family’s glass tower to try to both find her prince and make her own way in her magical metropolitan kingdom. While looking again at FIFTH AVENUE FIDOS, it suddenly occurred to me that with a few simple alterations, Mable’s and Rosy’s stories would intertwine more clearly. It’s a change that I feel will allow my readers a more enjoyable—and chuckleable!—experience.

I’m also delighted to announce that the updated FIFTH AVENUE FIDOS now concludes with a PLAY IT AGAIN sneak peek.

The updated FIFTH AVENUE FIDOS is available at Amazon, Barnes and Noble, and Kobo. (Please note that because this is such a recent update, Barnes and Noble is not yet displaying the correct opening pages. To get a glimpse of how I’m weaving together the two stories, you can read the first pages at both Amazon and Kobo.) 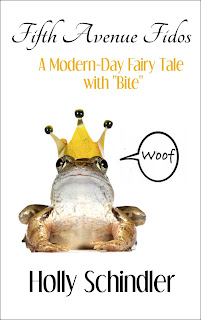 Once upon a time, there was a princess who felt like a dog…I mean a real mutt.

Mable Barker, a frizzy-haired mongrel from Queens with no real life direction, is never going to snag a man like Jason Mead, a purebred Upper East Side veterinarian. Or so she thinks. Even in her daydreams, the infatuated-with-fairy-tales Mable imagines herself as a princess with a crooked tiara and a whole orchard of poison apples. Then again, Jason isn’t exactly traditional prince material himself. The shy but adorable Dr. Mead’s awkward ways around women have him substituting the search for his lifelong human companion with playing canine matchmaker—breeding blue ribbon champions.

Could Mable actually have what it takes to handle Innis and Jason? Can three imperfect beings ever come together to create utter perfection at the Westminster Dog Show—and beyond? Will Mable and Jason ever trust their feelings, allow love to be unleashed?  Will Mable ever see herself as a princess capable of riding off into the sunset?

Fifth Avenue Fidos offers a deceptively simple tale that is both a sweet romantic comedy and a satirical look at modern relationships. A smart exploration of the fairy tale promise of a one-size-fits-all happily ever after—and a heartwarming story of love and dreams in dog-eat-dog NYC.

More on PLAY IT AGAIN- A SECOND CHANCE AT FIRST LOVE: 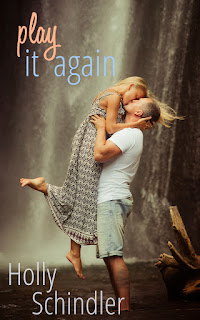 For old fans of the original, and new fans who will instantly be swept away by Chelsea and Clint’s love story…

Four years ago, Chelsea and Clint had both seen their share of tragedy.

Chelsea was a small-town celebrity—a basketball star with the promise of a free ride to college…until an accident on the court shattered her hip and her dreams. Clint was a Minnesota hockey player whose first love died in a car accident on the way to one of his pond tournaments; head no longer in the game, Clint was forced to hang up his skates.

On a family vacation to Minnesota, Chelsea met Clint, a fishing guide and personal trainer at her resort. Through their overwhelming, inexplicable, and undeniable whirlwind romance, they began to heal each other—to discover their own strength and resilience. Their summer together was short, but it bubbled over in intensity.

PLAYING HURT, the first in a series of novels chronicling the love story of Chelsea and Clint, closes with the promise of a second summer. PLAY IT AGAIN picks up as their paths finally cross again to explore issues of forgiveness and second chances, and to ask whether true, lasting adult love can grow from the fires of youthful passion…
Email Post