The Lesson I Never Seem to Learn (Amy K. Nichols)

This past month has been...challenging. A real mix of highs and lows. 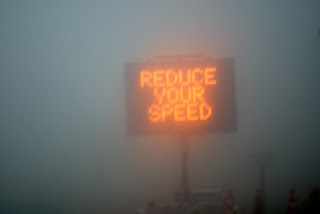 Some of the highs: my second book, While You Were Gone, hit the shelves. I had a really cool launch party at Changing Hands, my favorite independent bookstore. I got a crash course in quantum physics at the Joint Quantum Institute at the University of Maryland. My book made a couple of big appearances, including in USA Today. My kids went back to school. My husband went back to school (he's a teacher). I was invited to do some great author events and appearances. A couple of fellow authors reached out to talk about collaborate work. All really good and exciting stuff.

But there were lows, too: I came down with a weird sore throat. I spilled a glass of water on my laptop and killed it. A good friend told me her daughter wouldn't be allowed to read my book because of its content (kissing). Another friend read a chapter of a new project and said it didn't sound like me. The sore throat turned into a cough. The cough kept me awake. My kids went back to school, which kicked life into high gear. Suddenly, early mornings and schedules and homework and ugh. The cough kept me awake at night. I found myself drained and napping during the day. I started to worry that I was falling into depression. The lymph nodes in my throat and neck swelled. It felt like I had marbles stuck in there. I had a hard time eating. I googled my symptoms, which is never a good idea, because then I got worried that something really horrible was wrong with me. I went to the doctor and started taking meds. The problem with my throat went away, but then I had to recover from the effects of the medication. Ugh. Ugh. Ugh.

I didn't tell many people I was going through a difficult time. Just those closest to me. Not sure why, but I think it was because I didn't want to admit I couldn't do it all, that it wasn't all rainbows and unicorns all the time.

But that just leads to isolation and putting on a brave face and ignoring the thing I hate the most. The lesson I never seem to learn.

I'm not actually Super Woman. Sometimes I have to stop and rest.

This time (as in times past) I didn't listen. I kept going despite the warnings, until finally my body made the decision to take me out of commission until it got the downtime it needed to be well again.

I know I dropped the ball in there. Emails missed. Deadlines pushed. Others missed altogether (like last month's YAOTL post!). Calls not returned. Did I mention I killed my laptop with a glass of water? Yeah. That gets in the way of, well, everything. I tried to keep up, doing all my business on my phone, but still, things slipped through the cracks. And that makes me feel terrible, which only fuels the need to do more and keep up and work harder.

I got schooled by my own body. The sore throat was the tap on the shoulder. "Excuse me, Amy, but we need to take a break." The swollen lymph nodes and bad medication reaction were the two by four knocking me down so I'd finally stop and sleep.

The lesson I never seem to learn is the importance of self care.

That whole "putting your own gas mask on first" thing. I always forget that part until it's too late and I'm going down in flames.

Maybe this time, though, I've finally learned. Maybe from now on I'll take better care of myself.