As a fantasy writer, monsters are my stock and trade. I love them. I’ve used lots of classic monsters in my books: hags, minotaurs, trolls, and some monstrous centaurs who like to eat human toes. (They’re crunchy.)


But the most fun of all is making up my own monsters--letting my imagination run to places that I usually edit out. Here’s a sampling, The first is from Watersmeet: 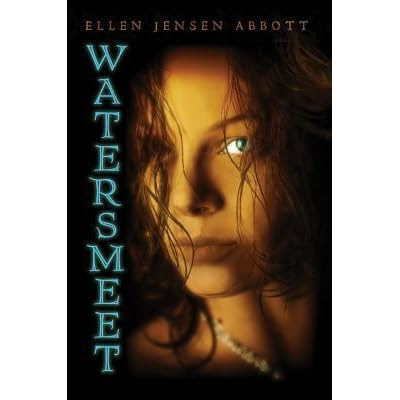 “Abisina stood transfixed, the image that had pursued her through so many nights embodied on the battlefield: the White Worm, black eyes ringing its head, open mouth dripping with poison, thick forearms lifting its segmented body from the ground as it searched for Rueshlan.


“It spotted him as he galloped in for a blow, sword flashing in the sunlight, and it spun to confront him, razor claws stabbing the air.”


And then from The Centaur’s Daughter:

“A hiss echoed overhead: the whistle of swords dealing blows; the whisper of chains rubbing torn flesh; the wind over barren lands; the dying breath of multitudes. A shadow fell over [Abisina]. It was like night without stars, without hope of day. She looked up.


“Three creatures. Many times larger than centaurs. They flew on black wings. Their heads were naked with ridges of blistered skin. Cruelly hooked beaks jutted from between yellow eyes. Their thick legs ended in huge gnarled feet, each toe tipped with a barbed talon….The creature carried the reek of raw meat and blood. It landed within paces of her--it’s beak open to reveal a hard black tongue. Its head shot forward. It drove its beak into the ground, missing her by a breath. The earth shook, and when the bird raised its head for the next blow, it left a crater where its beak had landed.”


And finally, from The Keeper:

“‘Help me!” [Abisina] cried, and the cave filled with blinding light.


“Fingers of light emanated from the pendant, illuminating dozens of white eels rising from the pool’s surface. One grasped Abisina’s leg, and more were coming. Their bodies--some as wide as Abisina’s thighs, others as slender as twigs--ended in gaping, toothless mouths. Translucent white skin covered eye hollows on each side of the creatures’ heads. Though they seemed blind, they reared back from the necklace’s light. The eel on Abisina’s leg released. Two of the eels, caught directly in the beam form the necklace, opened their mouths in silent screams and sank back under the black water.”
Posted by Ellen Jensen Abbott at 9:41 AM