The Monster Within (by Margie Gelbwasser)

My favorite shows are those that deal with our world, only altered. Think Buffy the Vampire Slayer, Angel, and Grimm. There’s something fascinating about dealing with life’s events like death, depression, drug addiction, anxiety and more by viewing them through a new lens. 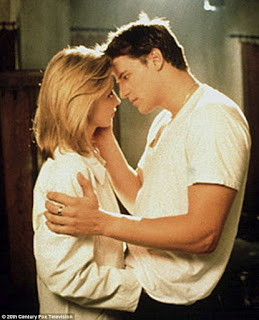 To me, it reveals the truth about human nature. It’s easier to deal with the ugly things in life if we can attribute them to a Big Bad. We want to believe people are not awful on their own. There has to be a reason they’re violent or horrible. Who can forget the Buffy episode after Buffy and Angel have sex? He takes the stereotype of jerk guy to the extreme and becomes an evil killer. Then there was the episode with the ghost children (actually a demon) turning the town against itself. Grimm deals with social issues weekly. There was the episode with the abusive spouse who was a bad Wesen (a kind of creature within is the simplest explanation—there are good and bad Wesen). His wife excused his behavior by saying it wasn’t his fault. It was the Wesen within. Then, there was the time a couple (both Wesen) married out of their Wesen order. They endured discrimination, violence, and torture because of this. The group responsible for purity wore cloaks. 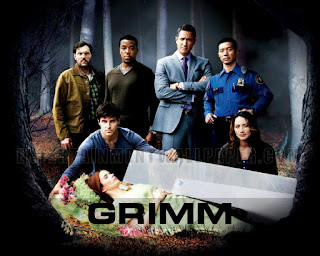 I have always wanted to write a story like this, but my brain doesn’t create in such a way. However, I do love watching and reading others’ creations. The concept of monsters around us is not a new one. I remember a show from the 1980s called Amazing Stories that played with this idea too. So why the fascination? Why are such shows or stories hits? Maybe it’s because we all have different sides to us. What caused our demons? How do we choose to live with them?
Posted by Margie Gelbwasser at 10:18 PM