Throughout January, we at YA Outside the Lines are posting about do-overs. This is funny because nearly all of my novels include the fact that life has no un-do key, no Ctrl Z sequence we can press to get a Mulligan. In SEND, main character Dan Ellison wishes desperately to go back in time and warn his thirteen-year-old self NOT to post that embarrassing photo of his classmate. In TMI, Bailey wishes she'd never listened to Megan and broken up with Simon. And in SOME BOYS, Grace wishes she'd never agreed to go out with Zac MacMahon, the boy who would later rape her. In all three novels, the main characters are defined by their 'mistakes'. 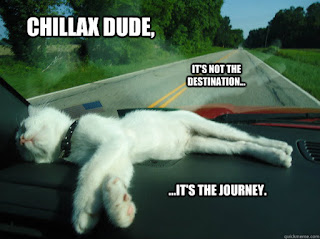 By day, I work as a corporate trainer, developing instructional materials for employees. As an instructor, I can tell you that human beings learn most effectively from our mistakes. Think about the concept of hot. As a toddler, you're told No! Don't touch! That's hot! But it isn't until you actually touch something hot and experience the burn that the warning makes any sense.

After that, when you're told something is hot, you do not touch it. (Hopefully!)

It took me years to finish my first novel. When I finally got serious about writing, finishing a story became my driving goal. But it was the wrong goal. The end game should be about telling the best story I can, not about slapping words to pages until I hit some target. I learned that lesson while writing SEND, my debut novel.

SEND was not my first book. But it was the story that earned interest from the publishing world. I wrote the first draft in 2008 with my characters in their late twenties and queried it. An agent responded that a story about bullying (a young person's issue) featuring adult characters would be impossible to sell. I decided to rewrite the entire novel. That took me another year. I asked a trusted friend, a gifted author whose work I admire, to beta read it. He noted that the story kind of halted for him at the end, when suddenly the character became Patty-on-a-soapbox.

I rewrote the ending.

I queried again and got a few nibbles here and there until meeting my editor at an RWA event, where she requested the full manuscript. She loved the story, except for the ending -- reinforcing the feedback I'd received from my friend.

I rewrote the story again.

Each time this happened, I remember feeling this overwhelming sense of failure. Oh my God, would I never finish this book?? I felt like a hamster on a wheel, Sisyphus with his boulder. And then, another author I admire made this observation online:

It's fiction. Revise it until you're happy.


That statement changed my attitude. That's when I realized finishing is like the destination in that meme. I needed to focus on the journey, on telling the most compelling story I could. The revision process, the editorial process, these are the times when the story emerges from the protective coccoon we may not even realize we've encased it in. These are our do-overs.

Is it possible to over-do do-overs? Of course. But that's a topic for another blog post.