I know I probably shouldn't say this as someone who writes books for "young people" because I'm supposed to set a good example or something, but I never really liked school. This is the truth, though, and I think it's important to say it because I know for a fact that there are young people out there who share this view. To you I loudly say: YOU ARE NOT ALONE!

The thing is I should have been the exact sort of person that liked school. By this I mean I'm a curious person who loves to learn new things. When I see something that puzzles me or that I don't understand, I research it until I find an answer. Whole books have been read because I happened to see something that puzzled me one day. And, on the subject of books, I've loved them for just about my whole life, and as a kid read every one I could get my hands on. Sounds like the sort of kid who would have loved school, right? But I loathed it.

I could probably write a whole book about how I really didn't like school and everything that I think is wrong with our public education system - who am I kidding, I could write volumes! In brief, I hate the maddening boredom of routines, I'm not a fan of being bossed around and I always felt like school did everything in its power to take all the joy and fun out of learning new things.

So, like many children, I looked forward to summer, because it meant about two and a half months of NO SCHOOL! It was a glorious and magical thing. 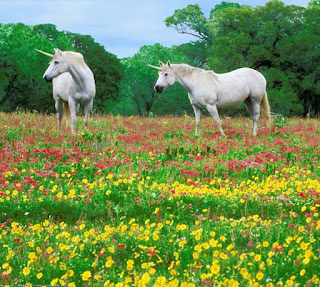 So, you might think I filled my days with idle pursuits, living it up like there was no tomorrow and lazing about in the sun. Sure, there was some playing of various sorts, there was the ability to not be a slave to the alarm clock, but I got a lot kicks from an assortment of nerdy pastimes.

First of all, there was the reading. Summer meant I could read all day if I wanted to, and sometimes I did. I quickly exhausted the meager selection of books in my town's library, which simply meant I read my favorites again or ventured into the adult section in search of something worthwhile.

Running out of books wasn't always a bad thing, though, because one of my other summer hobbies was writing books. I always had big ambitions for my summer writing projects and as the end of the school year rolled around, I spent a lot of my time in class daydreaming about the novel I would write that summer. Unfortunately, it would take me years to develop the discipline to finish an entire novel. (And the argument could be made that I still lack discipline. Like in the writing of this relatively short blog post I took breaks to have a Twitter conversation with YA Outside the Line's Jennifer R. Hubbard about the annoyingness that is backyard fireworks, browsed Google images for modern style houses and sent a list of summer themed songs to my father on Facebook who was coming up with ideas for a musical podcast he's working on.) 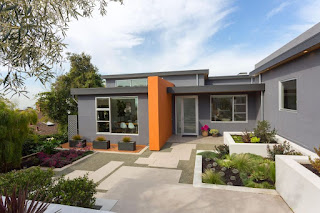 Yet, all that nerdiness pales in comparison to some of the other assignments I used to make up for myself. One of the things that I used to do during my summer break was read the dictionary for fun. I'll just let that sink in for a moment. That's not all. I would actually thumb through the dictionary and find random words that I wasn't familiar with. Each week, I'd come up with a list of 10 of them, copy them down along with their meaning, use them in a sentence and then attempt to use them all in a single paragraph, then throughout the week I would quiz myself on them because I was that much of a dork.

But to this day, I remember what a lorgnette is because of my homegrown vocabulary quizzes. 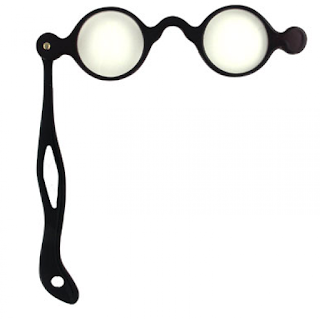 It's also worth noting that so far I've never needed to draw upon this eyewear knowledge, but surely some day it will, like a lorgnette itself, come in handy.

The summers of my youth were nerdy and all kinds of awesome. There were here and there some nightmares, namely the time my mother signed me up for the town rec program - it was like school in the summer, school without the books, so, basically, hell; the time my mother made me go to Vacation Bible School, sacrilegious as it is to say this, Vacation Bible School was definitely hell and the time my mother made us take swimming lessons which also was like school without books, but the classes were held really early in the morning in icy cold water. By and large, though, summer was endless freedom and lots of books.

I don't anticipate summer quite as much as I did as a kid, but this story has a happy ending. I don't need to look forward to summer because I basically enjoy year round freedom and nerdiness. So, for any of you young people that have stuck around this long, know that there is hope. Someday, you will be done with school, and someday, if you play your cards right, you too will be able to live the nerdy life of your dreams.

Alissa Grosso is the author of one book about summer, Ferocity Summer as well as two books about other things: Popular and Shallow Pond. You can find out more about her at alissagrosso.com.
Email Post
Labels: freedom hate school nerdy Summer