It Ain't the Heat (Bill Cameron)

Though we moved around a lot when I was a kid, I lived in Ohio more than anywhere else. As a result, my experience of heat in the climatological sense was also an experience of humidity. The summertime heat was in fact a lung-collapsing soup that made July and August a miserable hellscape. Our temperature peaks might get a shrug from someone in Phoenix, but an afternoon high of 97°F (36°C to those in more civilized parts of the world) would inevitably be accompanied by another 97—the humidity percentage. Blech.

One of the advantages of moving around a lot is the idea of moving was instilled in me early. (Of course people move, right?) I’d lived in Georgia and Rhode Island, and had experienced summers all around the east. Mostly it was the same everywhere I went. Hot and moist (or damp, for those sensitive to the m-word). Mind you, summers weren’t constantly humid. There was this magical period right after a thunderstorm when the air was crisp and clean and light. The temperature might drop a bit, but more importantly the humidity was swept away, however briefly. So I knew what it was like to experience a non-sopping heat, and came to crave it. In 1986, in the movie Aliens when Hudson said, “Yeah, but it’s a dry heat,” I leaned over to my friend and said, “I want to live there.” Xenomorphs? Whatever. 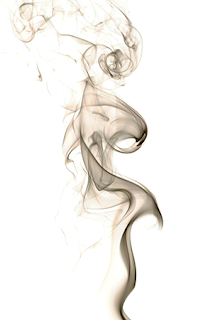 Obviously the aforementioned Phoenix was an option, and while I love the desert, I also love greenery and seasons. In 1988, while on a late August scouting trip to Portland, Oregon I happened to see a bank thermometer that read 107°F (41°C in civilized parts of the world) and I knew I was home. Because if you’d asked me how hot it was, I would have guessed upper 80s, maybe low 90s at the worst. But it was a dry heat.

Of course Portland has a reputation for rain, and well-deserved. The seasons are basically: Summer, July and August; Rain, September to June. (Winter drops in for long weekends a couple of times a year, usually in the form of freezing rain that knocks out power and drops trees on houses; with rare exceptions, we keep the snow in the mountains where it belongs.) The rainy season is when the humidity happens, but high humidity with a daytime high is 43°F (6°C in—oh, you get the idea) is a whole nuther thing.

Sadly, things are changing. I now live a hundred miles south of Portland in Eugene. The climate here was already a little different from Portland, but even so we’ve been experiencing hotter, more moist (I mean, uh, more damp) summers that start sooner and end later. At the moment it’s not bad, 53°F/12°C, but the humidity is in the high 80s and I can feel it even if it’s nowhere near oppressive yet. When the real heat arrives later this month, it’s more likely to be accompanied by the humidity I fled nearly 30 years ago. Ugh. And also blech.

I guess there’s the exomoon LV-426. Ripley cleared out the xenomorphs after all.
Email Post