A few weeks ago, when temperatures finally topped ninety degrees in New Jersey, the school crossing guard joked with me as I passed her on my morning walk.


“Your weather is back!” Jennifer said. Her name, like that of at least a dozen other women in my friend pool, is also Jennifer. Jens are ubiquitous. Jens who love hazy, hot, and humid days in New Jersey? Maybe not so much. I’d told her years ago how there’s no such thing as “too hot” for me when it comes to weather and she’s always remembered.


I’ve experienced both the sticky, stifling summers in the Northeast and 120-degree days in the Southwest, and I’ll take both brands of heat over a winter day, any day, as anyone who knows me even casually will tell you. But our topic this month got me thinking, what are the hottest places on earth? It didn’t take long to find out.


In Dallol, Ethiopia, the temperature hovers between 90 and 100 every day, all year. With almost no breaks from the heat, Dallol is considered the place on earth with the highest average temperatures.


But other places lay claim to hot weather superlatives as well.


The award for highest temperature ever recorded in Asia goes to Tirat Zvi, Israel, where it reached 129 degrees Fahrenheit in June 1942. 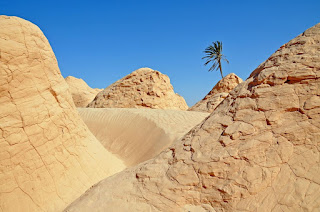 Kebili, Tunisia, holds the same record for the continent of Africa. The mercury there has climbed to 131 degrees.


In Death Valley, located in the Mohave Desert in California, the 134-degree temps there are the highest ever recorded in North America.


But what is the highest temperature ever recorded on earth? It’s difficult to say, I learned, because those temperatures occur in locations that are so hot they are uninhabited making it impossible to maintain weather stations there. But a NASA satellite with a MODIS (moderate resolution imaging spectroradiometer) was able to pick up the following temperatures, all Fahrenheit, in these locations. 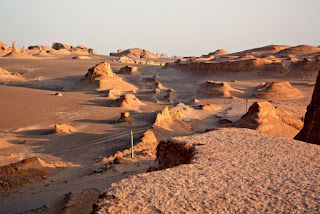 152.2 degrees in the Flaming Mountains of China. A place that lives up to its name.


159.3 degrees in Dasht-e-Lut, Iran. In fact, since 2004, most of the hottest days on the planet could, theoretically at least, be experienced in Iran’s Lut desert.