The Weird Stuff by Joy Preble


It's the weird stuff of travel that I like. (Okay, I like all of travel, but that's not what this post is about)
The World's Biggest Ball of Twine kind of stuff. The off the beaten path, hey it's the Mustard Museum kind of thing. The kind of thing you find in the wonderful Atlas Obscura and by traveling the back roads and keeping your eyes open everywhere to the adventure beyond the obvious. (Haven't ever peeked at Atlas Obscura? Here's the link: http://www.atlasobscura.com/places

One Spring Break we headed down to Rockport, Texas. Do you know there's a 1,000 year old tree in Goose Island State Park? They call it the Big Tree. I'm not sure if it's really the biggest, but there's a sign that says it is and that's good enough for me. 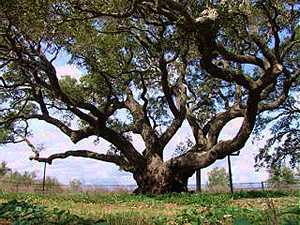 Another time I was doing research for a book that I ended up shelving but in the process, I visited both the Texas Prison Museum and the Funeral Museum all in one day. Saw Old Sparky in one and learned the origin of the phrase 'you're a basket case' in the other. So during the Civil War, sometimes the dead were so torn apart that they had to be scooped up in the baskets. And the phrase stuck. In all seriousness, they are both respectfully done, and both with fairly awesome gift shops. Because who doesn't want the possibility of buying a t-shirt that reads, "Texas Bed and Breakfast: Two Hots and a Cot" ? Or checking out a variety of wonderfully strange caskets? 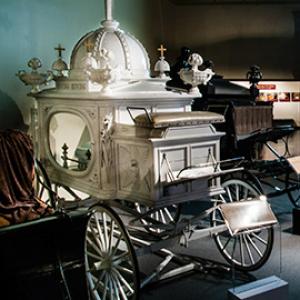 Headed to Chicago? Make sure to visit suburban Niles, where you can hang out at the Leaning Tower of Pisa... YMCA. Yup. 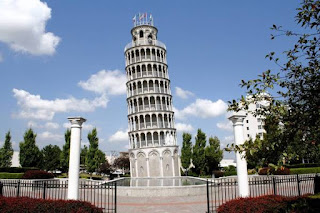 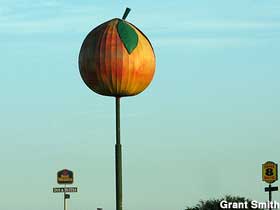 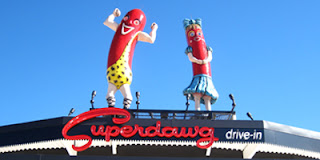 Or Pea Soup Anderson's outside of San Luis Obispo.

And that's just the very tip of the weird travel iceberg. The world is filled with wonders.