Weekends at the Jersey Shore

When I was growing up, our family didn’t have much disposable income. My father was a fourth grade teacher who also worked summer jobs on the side, and my mother left her office job with the State of New Jersey to be a stay-at-home mom of three kids. We never took a family vacation. Never went to Niagara Falls. Never went to Disney. If we traveled at all, it was to the Jersey Shore for day trips to the various Shore points, or to cram into my grandparent’s tiny bungalow in Seaside Park for a long weekend.
But it was glorious. 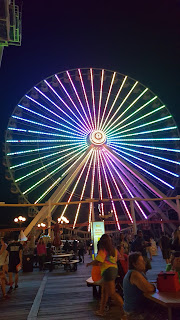 The memories we made have lasted me a lifetime, and though I’ve traveled far and wide both domestically and internationally since getting married, nothing means more to me than the Jersey Shore. My attachment to its beaches, boardwalks, and atmosphere is indescribable. I guess it’s no surprise that my first book, THE GHOST CHRONICLES, was set at the Angel of the Sea in the historic Shore town of Cape May, which by the way, Oprah featured on her television show as one of the top vacations in the world. 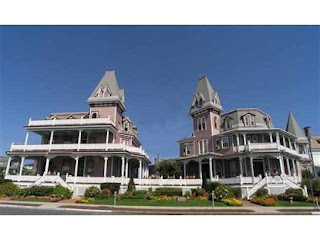 Now, whenever I go back to the Shore with my own family, it’s as joyous as opening presents on Christmas morning. As I zoom down the Parkway from North Jersey, my anticipation builds. By the time we cross the bridge into Seaside, LBI, Wildwood, or Cape May a thrill of excitement and happiness zings through me. The rides, the food, the sounds, even the smells, all bring me back to being that little kid packed into a cramped car again, but on her way to Wonderland. 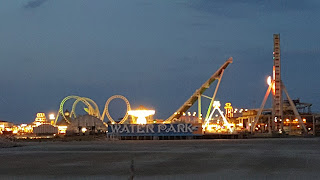 Does the Jersey Shore have its faults? Of course it does. Sometimes it’s too crowded, sometimes it’s too dirty, sometimes it’s too rowdy. Many of the various shore towns have gone through periods of downturn, and then renewal. But when I came home from Houston after being away for five years and realized the old carousel in Seaside had been replaced with a new one, I shed a few tears. When Hurricane Sandy demolished half of Seaside Boardwalk and shoved the roller coaster in the ocean, I cried. And when a devastating fire took out Seaside’s Funtown Pier, my mother called me and we wept. That’s how many of our fond memories are tied up at the Jersey Shore.
A couple years ago my parents bought a three bedroom condo two blocks from the beach in Wildwood Crest, realizing their lifelong dream of owning 'a little place down the Shore’. So luckily, we have many more fond memories to be made. 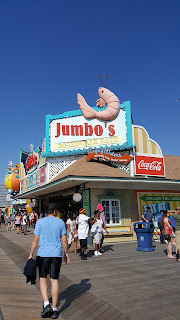 Do you have a place you like to travel to that is unique and irreplaceable?
Posted by Marlo Berliner at 12:30 AM