Confession: We're on a trip, so I completely forgot to write a blog post for today ahead of time. But in a way it was serendipity, because it gave me an idea of what I wanted to write about.

We're visiting with our old college friends, something we do twice a year - once for New Year's and once for beach vacation at the Outerbanks (which I mentioned in a previous post). New Year's is always hosted at a different house, and this year for our friends in Ohio it's their turn. But yesterday we first stopped in Pittsburgh to visit with our other college friends, who will then caravan the rest of the way to Ohio with us. And it was just a spectacular day.

Driving in, we skirted Carnegie Mellon's campus, our alma mater. As we passed all the buildings, both old and new, a rush of memories filled my mind...and my heart. This is why we come back. This is why these old friends are so special to us, even after all these years. We cut our teeth on life here...together. And we couldn't have done it without each other.

After that we picked up our friends at their house and it was on to WafflesINCaffeinated in Beaver, PA. Their family has been there many times, but not ours. We indulged in maple-smothered chicken and waffles, something I haven't done in a long time. And it was fantastic. Best waffles I've ever had. 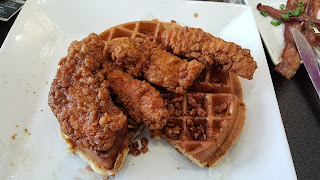 From there, we went over to the Andy Warhol Museum, something I've always meant to do while visiting Pittsburgh, but never had the chance. I'm a huge fan and thoroughly enjoyed immersing myself in his art for an afternoon and bringing back the memories of the Andy Warhol era. Even better, our teenagers were as captivated as we were! 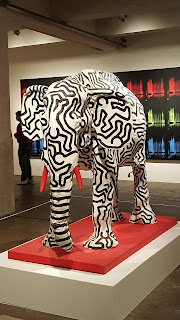 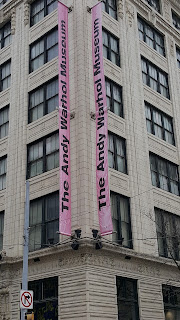 My youngest son is an aspiring artist and my niece an aspiring actress, so going to the Warhol was perfect entertainment for them. For once, no one pulled out their phones, except to take pictures of art they appreciated! My heart was full. Here are the kids having a blast doing their Screen Test: 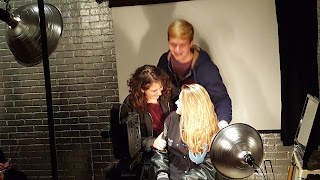 After that, we went back to their house for dinner and visited with some of their close neighbors and friends. Drinking, laughter, and silliness ensued, keeping us up until well past one in the morning.

All in all, the perfect day.

Now, it's early in the morning, everyone is still asleep, and the snow is softly falling here in Beaver County. Their cat, Bella, is asleep at my feet and the only sound I can hear is her occasional purr and the ticking of the grandfather clock in the hall. And all I can think of right now...how lucky I am, for friends, family and good times. So much so, that I keep looking over my shoulder, not just waiting for the other shoe to drop, but for it to come sailing at my head from behind. Because as blissful as this moment is, life has its ups and downs. All the more reason that nothing should ever be taken for granted; life can change in an instant. But for now, I will bask in the glow of yesterday and the promise of what today might bring.

The greatest gift? Being able to enjoy the moment you're in and being grateful for it. For it is a gift, not a given.

Happy New Year to all. May 2018 be happy, healthy and safe for you...and may there be many, many moments you can truly enjoy. 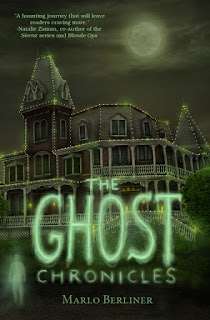 When she's not writing or editing, Marlo loves reading, relaxing at the beach, watching movies, and rooting for the Penn State Nittany Lions. After having spent some wonderful time in Pittsburgh and Houston, she’s now back in her home state of New Jersey where she resides with her husband, two sons, and a rambunctious puppy named Max.
Email Post