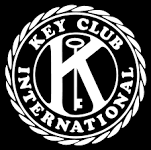 I have not willingly talked about this incident since if first happened in 1991, not even with my wife. I hope you realize how I'm baring my soul here. This is not just my most humiliating memory from my teen years, but from my entire life.

It was 1991. I was not quite sixteen years old. I was a nerdish kid, and had never had a date. Girls terrified me. I had no idea how to talk to them, and most of them were glad that I didn't try.

Anyway, I was a member of the Key Club, a public service organization at my high school. We had a regional meeting every year. This year it was in Kansas City (my school was in a St. Louis suburb). For some reason we flew across the state.

We stayed in a fairly fancy hotel. I had to share a room with two guys I didn't know from another school and somehow I wound up on the floor both nights.

At any rate, there was a communal 'get to know each other' meeting. Lots of wacky games and other miserable activities. Except...

I got paired up with a girl. And Lord, was she cute. Fifteen, like me. Blonde, slender, and just gorgeous. And...we talked. We acted silly. She didn't try to change partners. One activity involved passing a Life Saver on a toothpick to a toothpick held in your partners mouth. "Geez," she said, "I'm probably going to end up accidentally kissing you."

She didn't accidentally kiss me.

All too soon, the session ended. But the thing was, there was a dance that night. Dare I? I'd never have the courage again.

I told her that I'd be at the dance and maybe she'd like to, you know, meet me there, if she was planning on coming.

I got there early. I stood around, trying to act casual, like I wasn't creepily waiting for her. I fully expected her to not show up, or even worse, to show up with a group of friends and pretend not to know me.

She showed up. Alone.

I asked her to dance. She said yes.

The dance ended. I walked her back up to her room. We stopped on the stairwell outside her floor.

I told her I had a good time. She said she did too.

I moved to kiss her.

And though she lived too far away for me to ever see her again, I have to say that the memory of my first kiss still makes me smile to this day.

Oh, the embarrassing memory. The next day, at the airport, I wandered off to look at things in the gift shop. I lost track of time and ended up missing my flight. Our sponsor had to leave the flight, call his wife to pick up the other club members in St. Louis, and fly back with me at a later time. He wasn't angry about it, but I could tell he was pretty frustrated with my screw up. He was a nice guy, kind of a mentor, and things really cooled between us after that.

God, that was cathartic to finally say after all this time.

You thought I was going to embarrass myself with the girl, right? Don't worry, I had plenty of humiliating experiences with women during the following decade.