I'd finished my second book right before my father unexpectedly died. I was devastated. (I shared what a Daddy's girl I was in Dec. 2017 and in a few other posts here at this link.)

For three months I couldn't write. The idea I'd had for my next book seemed shallow.

My husband was supportive, but he was worried about me. He described me as a crumpled piece of paper skittering across the dock at the harbor. He was right.

I decided to write a book about how much I loved my father and how much he had loved and supported me. That sounds like a great idea, but remember, I write science fiction.

No worries. I wrote about a girl who'd been able to attend a prestigious college because of her parents' sacrifices and belief in her. She'd graduated and was a member of her planets' space force. Like me, she hadn't recognized all that her parents' had done for her during her childhood and teen years. Then her father fell ill and couldn't get the care he needed without her.

She stayed with him at the hospital, haranguing doctors and nurses, asking about test results and treatment to improve his condition. She was terrified of losing him. Unlike me, she'd already lost her mother, and her father was her only living relative.

I thought about what the beeping monitors, testing procedures, hospital rooms and personnel might be like in the far future. He was at his local, sub-standard medical facility and she had to fight, almost literally, to get him moved to a top-notch hospital.

To accomplish the move, she made a life-altering decision with a terrible person from her past, that would be very bad for her future. But it was the only chance her father had, and she took it.

I didn't have to make a life-altering decision. My father was gone too quickly, but I would have done anything to save him. I knew that feeling well.

In my book, her father survives, and her actions end up improving his quality of life once he heals. She extricates herself from the situation into which she'd placed herself and all ends happily. 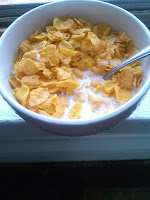 Writing that book was therapy. I came home from my teaching job every day and sat at the computer for hours to work on the book. There were many nights my husband would open my office door, look at me, then say, "I'll just have corn flakes for dinner." Yes, I've put him up for sainthood.

When my best friend read the draft of the book, she looked at me and said, "So, do you feel better?"

I nodded my head.

I never intended to release that book to the world. If you don't know me, you wouldn't recognize me all through the words woven around virtual blood splatters on the pages from the time when I just wanted to give up on everything. Even life itself.

Years later, I've done one full edit of the book, and let a few more people read it. One friend commented, "I've never known someone who wrote a book before. This is going to sound weird, but I would have known you wrote this book even if your name weren't on the top of the pages." I guess I'm not so good at disguises.

I'm going to start revising that book after the holidays for release in the late spring. Probably in May, my dad's birthday.

Fae Rowen discovered the romance genre after years as a science fiction freak. Writing futuristics and medieval paranormals, she jokes  that she can live anywhere but the present. As a mathematician, she knows life’s a lot more fun when you get to define your world and its rules.
P.R.I.S.M., Fae's debut book, a young adult science fiction romance story of survival, betrayal, resolve, deceit, and love is now available at Amazon and Barnes and Noble.