Skip to main content
Labels
Posted by Patty Blount May 22, 2019

Since this month's blog theme is movie adaptions of YA books, I thought I'd revisit a fan favorite -- picking fantasy casts.

Since my first novel was published back in 2012, I'm often asked who would play the parts of my characters were a book ever to be made into a movie.

Here's a secret --> I often do exactly this while I'm writing a story. I'm a highly visual thinker. I need to see big pictures play out and then I write those scenes as I imagine them. I frequently spend time viewing videos of things like fight scenes, for example, so I can show the action in ways that enable readers to feel a character's pain rather than just describe it.

So, SEND, which features the dual role of Dan/Kenny, was about a former bully trying hard to cope with the suicide he caused back when he was just thirteen. For most of us, there's a big difference between our 18 and 13-year-old selves...especially after puberty kicks in.

Little known fact --> I'm a big Supernatural fan. One of my favorite shows. Before on-demand and DVR, that was the one show I allowed myself to stop writing to watch. The show loves to play with timelines and is filled with flashbacks of the main characters as children.

"Dan" in SEND is not his real name. His real name is Kenny. At age 18, Dan and his family have relocated. Again. This time, under new names. They pray that no one will find out who they really are. As Dan starts senior year in a new school, his Kenny self dogs his heals, reminding him at every turn what a screw-up he is and generally making his life miserable.

"Kenny" is a hallucination Dan has of himself, frozen forever at age 13, before he ruined so many lives. (Dan has a dissociative disorder.) 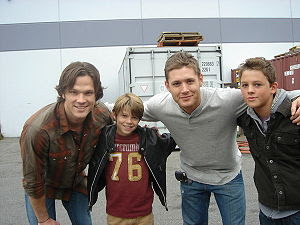 I use images like these as part of my vision boards for every book project. It helps me capture the physicality of characters in three-dimensional space.

If SEND were ever made into a movie, I'd have loved for Jared to play the role, but he's too old to play high school now.

Similarly, when I wrote Grace in Some Boys, I envisioned her as tough, out-spoken and a cage-rattler. She prefers to instigate arguments rather than keep the peace. In essence, she's my polar opposite. 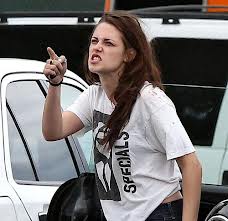 This photo of Kristen Stewart is EXACTLY how I envision Grace.

SOME BOYS did in fact get production company attention and I had such fun imagining who'd get the role of Grace.


As for Ian in that same book, I adore the actor who played Clay in 13 Reasons Why.

Dylan Minnette would be perfect as Ian Russell.

Though I love casting imaginary celebrities in roles that don't exist, it's worth noting I'm not doing this based solely on appearance. It's about attitude. Character. Personality. For example, Dylan doesn't look much like Ian, though he easily could. Ian has brown eyes and floppy brown hair. But that's cosmetic. What makes him perfect for the role of Ian is the earnestness with which he portrays Clay in 13RW. Ian spends much of SOME BOYS confused and frustrated by that confusion. Dylan could not only pull this off, I suspect he'd knock it out of the park.

Character development is my favorite part of a book project. I approach it with excitement and anticipation.

Addendum: Though this is not YA fiction, I have an unpublished romance novel featuring Jin-Thomas Clarke, a Pulitzer-Prize winning investigative journalist. This is my dream pick for him: 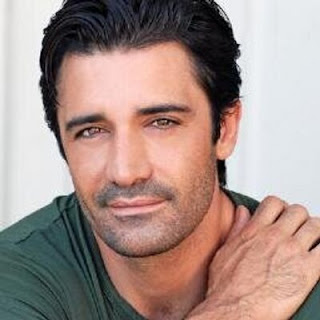 This is actor Gilles Marini, who I had the great pleasure of meeting in 2015.

Have you read my books? Who would you cast in their main character roles?