Skip to main content
Posted by Brian Katcher May 30, 2019

Hey, It's a Movie! (Brian Katcher) 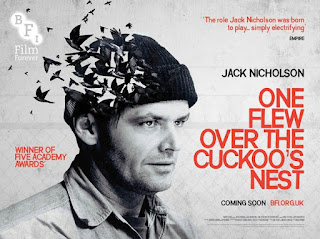 One Flew Over the Cuckoo's Nest is my second favorite book. It was a film that solidified Jack Nicholson as a major star (and was Danny DeVito's first major film role). Great stuff.

Ken Kessey, author of the original novel, hated it. He rightly complains that the filmmakers concentrated on MacMurphy's character, rather than the Chief, the book's true protagonist.

I'm sometimes asked that if one of my books were made into a movie, would I insist on creative control, script approval, etc? Would I only allow it to happen if they stayed true to my artistic vision?

Nope. I'd sell out in a heartbeat. They could do any damn thing they wanted to my book, provided my name was on it. I have no pride. Though I'd dearly love an author cameo as an annoying teacher or whatever.

Also, The Indian in the Cupboard was the only children's book where the movie was better than the original novel.