This month we’re blogging at YA Outside the Lines about something funny or embarrassing that we wrote in our teens.

Although I PLAN to write about my high-school life as a poet laureate - ha ha - I’ll first share that nanosecond of insanity in eighth grade, in the patriarchal world in which I grew up, when I filled half a page with a scribbled “Mrs. John Doe” or “Mary Doe” or “Mary Strand Doe.” (The name of John Doe has been changed for obvious reasons, including that when I last saw him at a high-school reunion, his ego wildly outstripped his apparent merits, and I laughed at my shallow eighth-grade taste.) 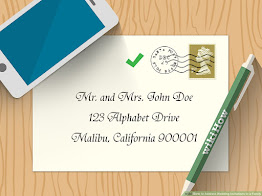 What’s funny and embarrassing is that I would’ve ever thought even for a moment of changing my name to some GUY’S name when I got married. I was totally over that by high school, I know, because I had a MASSIVE (and mutual!) high-school crush that never involved my dreaming of a name change, which is lucky since he never even asked me out, in his case because he loooooved basketball ... and I was better at it than he was.

(Never fantasize about insecure guys, even if they’re cute, which he was. He was also smart, funny, and nice, but ... yeah. A girl’s basketball skillz will weed out the weak ones. If his pet nickname for you is “Superstar,” run. This is good to know in the long run, but in the short run, not so much.)

(Now you know why I write YA. Clearly, I never left my teen years.)

I was really into it in high school: reading it, but especially writing it. I wrote our class poem for our yearbook. (Not as big a triumph as you might guess, since I was co-editor of the yearbook.) Someone else recited it at graduation (since I was actually shy at that point in my life, which is even more hilarious than anything else I’ll write about today), and my poems LITTERED the pages of my high school’s annual literary magazine. 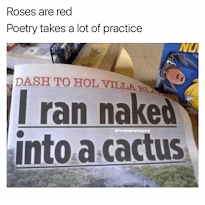 Today I read all of those poems from junior and senior year. They were filled to the max with angst and despair, which is particularly funny since I was (then as now) mostly a clown. But I did have deep thoughts (then as now), and back then I apparently wrote Every Single One Of Them in a poem and then unfortunately submitted all of those poems to the literary magazine. Dark stuff, sometimes brightened (inexplicably) in the last line of the poem, as if I didn’t want to scare people.

Not that this worked. The day the literary magazine was published each year, I always had at least half a dozen people, including a teacher or two, ask if I was “okay.” I had no idea what they were talking about. I was a jokester who happened to write dark poetry that, once written, was in my distant past. I wasn’t REALLY a dark, gloomy, angsty person. I just played one in the literary magazine!

Worse (yes, it gets worse), I loved to write poems about how horrible it was to be under the thumb of my Cruel Mother — because TEENAGER — and then, when I finished the poem and thought it was a good one, I’d always show it to my mom! lololol. I can still remember her wide eyes as she read those poems, her indrawn breath, and finally the faint, “Er, that’s very nice.” 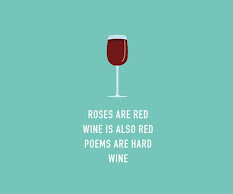 I think those memories helped get me through my own daughter’s teenage years, when I was the Utterly Unreasonable Adult in the room.

I was going to post one of those psychotic poems here, but (1) this is already too long, (2) I used “different than” rather than the correct “different from” in the poem in question, putting my street cred as a grammar geek at risk, and (3) you will not benefit from reading it.

But I did. Because (hysterical) laughter is good for the soul, right? Right!