I got married in Kindergarten.

Instead of rings, we exchanged plastic animals. That tiny green horse was my favorite. But Joseph had captured my heart and I would have done anything to make my new husband happy. 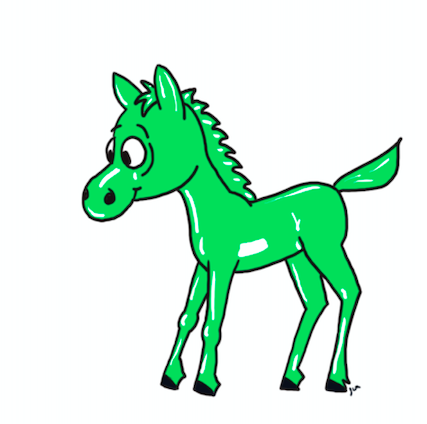 While many dismiss and/or roll their eyes at ‘puppy love’, I believe it is the purest of ‘romantic’ love. It’s not based on popularity, or money, or physical intimacy, but simply on two hearts that connect in such a profound way, it defies explanation.

Of course, not all of my crushes were reciprocated. Most didn’t even know I existed, and I don’t mean this in a teenage heartbreak metaphorical manner. I crushed on celebrities all the time – who genuinely did not know of my presence in the world – and yes, even wrote one of them a letter.

Oh, wait. I gave it to Joseph. Huh. No wonder things never worked out with Jay.

It didn’t stop me from writing about it. As a child, I was gifted real horses – in my stories (if I wished, I could even make them green!) As a teen, my celebrity crushes did notice me in the crowds – in my stories. And even now, I reach deep to find those pure, simple, honest feelings and try to funnel them into the stories I write.

I did get remarried. To my latest and current crush. I was 21. He was 23. He’s handsome. Creative. Kind. And he doesn’t care one bit about football. I owe you a green plastic horse, Larry.