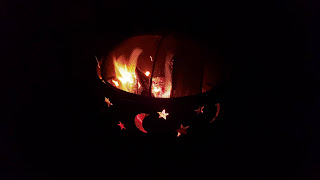 Although I've printed this story in years past, I wanted to post it again as a reminder for us all to remember those special holiday moments we can hang onto when things get hard. In that spirit, I thought I would share a personal story about one of my best childhood Christmas memories.

Growing up the youngest of seven children to working class parents who struggled to make ends meet, I remember many years when we didn’t have much at Christmas. As a family, we made wreaths and sold them at my uncle’s nursery to make extra money for Christmas presents. In addition, Mom and Dad pretty much went into debt on their Sears card to make sure we each had a present or two under the tree and a big Ham dinner on Christmas Day. I remember Dad complaining (covertly, of course) that he’d be paying for Christmas until July.

Flash to when I was about ten and I wanted to start ice skating lessons at the new rink that had just opened that fall. My mother sighed and reminded me that “money didn’t grow on trees” and that we couldn’t really afford it with Christmas coming. She also mentioned being concerned that it would be just like the baton twirling lessons that I quit after two weeks. Ever the determined child, I wouldn’t take no for an answer. I wanted to take skating lessons so badly, that I emptied my school bank account and used my life savings of thirty dollars to buy skates and pay for my first six weeks of lessons. After the first six weeks, my mom figured that since I was keeping busy, working hard in school, and getting myself to lessons every Saturday, she would invest the twenty bucks for another six weeks for Christmas…and then another six weeks for my birthday in February.

I went to as many public sessions as I could afford with my two dollar allowance so that I could practice. Sometimes, when there weren’t many people public skating, the rink manager would forget about us and let us stay on for the next session. I would use the pay phone to call home and excitedly tell my mother that I got another two hours for free. Pleased that I was focused, dedicated, and staying out of trouble—not to mention out of her hair—she would let me stay as long as I wanted. The rink became a second home. All this time, no one in my family had seen me skate. I was dropped off or picked up out front, I walked the mile to and from the rink, or rode my bike if the weather wasn’t too bad (no hills involved). By summer time I was getting darn good in spite of the fact that I was still skating on a pair of skates I’d purchased from Bradlees for twelve bucks.

When I wanted to go to a four week summer camp that would cost us eighty dollars, Mom was hesitant. She drove school bus and since school was out, she didn’t get paid in the summer months and money was tight. She said no, and I was crushed.

Until she showed up early one day to pick me up and saw me skate. I was jumping and spinning and skating like the wind. My coach, a soft spoken and sweet man we called Mr. S., told her that I was by far his best student and that I had a natural talent that was rare. Mom found the eighty dollars. She took a second job, got me private lessons, and thus started my journey into the competitive skating world. But by later that fall, it was clear that I was on the ice with a very competitive group of skaters and that "in the shark tank of figure skating, I was a guppy." (Yes, that is a line from one of my contemporary YA novels, ON THIN ICE, which is part of the Girls of Thompson Lake Series and is loosely based on my own turbulent journey).

Now realize that by the time I was ten, most of my siblings had grown up and moved out, and were either working, in the military, or had started families of their own. As much of an adjustment as that was, it did afford me a few perks, not the least of which was my very own room, and no line for the bathroom. That Christmas, everyone came home. My brother was a Marine and one of my sisters was in the Navy and I hadn’t seen either of them in over a year.  We were all there in our tiny living room sitting on the floor or piled on the couch and around the tree opening presents. I picked up the heaviest package that had my name on it. It said it was from Santa, but that ship had sailed several years before. Usually I had a clue as to what my presents would be, having ferreted them out in my parents closet. But that year, I had no idea.

When I opened the box and found a brand new pair of Riedell figure skates with Gold Star blades, I burst into tears. All of my brothers and sisters had pitched in and bought me the $159 pair of top-of-the-line skates. I hugged everyone in turn and we all cried. It was the best Christmas ever, and I’ll never forget that one moment when I knew without a doubt that I was loved. It was the last Christmas I had with my family before my mother was diagnosed with cancer the following year. I skated and competed for a few more years after that, and learned a lot about sacrifice and hard work. But mostly what I learned from those difficult times is that family is who comes through for you at the end of the day, and that Christmas isn’t about the gift, but about the love that comes with it. 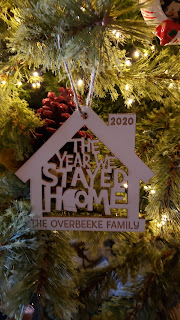 Peace and blessings to all through this challenging time, and may the new year bring us one step closer to healing.
PJ