A month of heroines!

I hope you’ve enjoyed this month’s theme and have had the opportunity to read everyone’s blog posts. As original and creative as they are inspiring, each post has shone a light on all kinds of heroines to celebrate this Women’s History Month.

As an author, I could talk all day about literary heroines. The ones we all love to read about and those who every author strives to bring to life on the page. But for the purposes of today's blog and the celebration of WHM, I'm going to talk about real women I admire who have left an indelible mark in history. As painful and challenging as it was, I’ve narrowed it down to a TOP 5. Not because these women are any more deserving of accolades than the millions of other fabulous and brilliant goddesses out there, but there wouldn’t be enough hours in a day to highlight the phenomenal women in my life or the innate heroism of women all over the world. So, here are only a few of the strong women who have inspired me through their words, deeds, and acts of heroism.

Before I get to my top five list, allow me to define heroism as I see it. This applies to anyone, not only women; but first and foremost, heroism requires an act of bravery that is both selfless and consequential. Meaning, doing something for someone else’s benefit with no expectation of reward. My dictionary describes a heroine as a woman noted for courageous acts or nobility of character. The underlying motivation is always about doing the right thing, making a difference in someone’s life, or simply put, acting in service to benefit others. We all know people who do this every day!

Some of my favorite heroines…in no particular order:

1)     1) Ruth Bader Ginsburg, in oral argument, once quoted noted abolitionist Sara Grimke in saying “I ask no favor for my sex. All I ask of our brethren is that they take their feet off our necks.” This sentiment defines a lifetime of service and dedication to ensuring equal protections under the law—for everyone. Overcoming incredible barriers to even practicing law as a woman of her era, to then becoming a Supreme Court Justice, this tiny, soft spoken woman was a giant, and the very definition of heroic. We all owe her a deep debt of gratitude for her work and influence on gender equality. 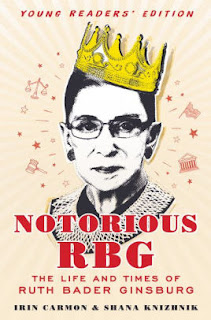 2)     2) Eleanor Roosevelt once said, “A woman is like a tea bag. You can’t tell how strong she is until you put her in hot water.” She was the wife of Franklin Delano Roosevelt—who, by the time of his presidency was paralyzed from the waist down due to polio—and mother to five children (one did not survive). As for remarkable First Ladies, Eleanor was one of many admirable women and a force to be reckoned with. She became her husband’s eyes and ears, often acting in his stead throughout his presidency. Known for her fortitude and toughness, she was a social reformer, working tirelessly for women, immigrants, the elderly, and the poor. Even after her husband’s death, she continued serving the nation as part of the UN General Assembly. She wrote 27 books and over 8,000 newspaper columns that included ‘My Day’, a column she wrote six days a week for over twenty-six years! Anyone that prolific and committed deserves a spot on my list, lol.

3)     3) Rosa Parks…because I love a rebel! Best known for stepping on to a “white’s only” bus in the segregated South in the 1960’s, her courage and strength of conviction led to the Montgomery Bus boycott and was a pivotal moment in civil rights history. “To bring about change, you must not be afraid to take the first step. We will fail when we fail to try.” – Rosa Parks

For more stories of Rebel Girls, check out this children's book. I got it for my granddaughter for her birthday last year and she loves hearing about these amazing women's lives! 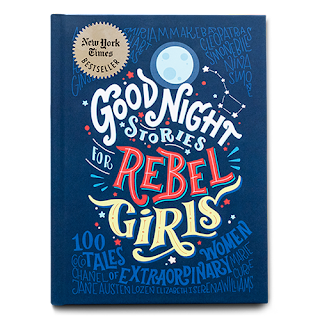 4)     4) Greta Thunberg, the young Swedish climate activist, makes my list for her sheer force of will and perseverance. A girl after my own heart when it comes to environmental causes and laser focus on the existential threat that is climate change. Her courage shines through in her fiery speeches and her passion is heartachingly powerful.

“You are stealing our future.” –Greta Thunberg

5)     5) I’m leaving this last-but-not-least spot for all the unsung heroines…the women who stand up, stand out, fight back, and speak their truth. The ones who run toward the smoke, face their fears, and don’t let anything stand in the way of their dreams. The shatterers of glass ceilings, the busters of stereotypes, norms, and expectations. They are trailblazers and pathfinders, healers, artists and musicians. Rockers, rollers, dancers, writers, and poets—women who add to the collective beauty in the world. Women who sacrifice daily, lift others with love, see the world through the lens of compassion, and strive to make the planet a better place for the next generation of women to come. They are the ones who show up every day—the first responders, doctors, nurses, teachers, caregivers, and moms. I am so blessed and proud to be travelling alongside them.

Even though March is almost over, I say we continue to celebrate not only the women of history, but the Zoomers and Boomers who keep forging on, the Gen-X'ers and Z'ers and every girl in between...all the remarkable young women on their way to becoming the heroines of their own stories. 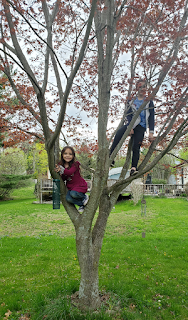 Write on, read on, and go spread your awesomeness...you are all heroines in my book!