John Clark starting with a breakfast table epiphany from last week. “Trying to understand family dynamics will drive you nuts, or make you a better writer.” I’ve been an avid reader all my life, but writing came later than for most. I got that from Mom who had her first book published when she was in her sixties. Much of my early stuff was professional writing-a chapter called Revamping and Marketing the Mental Health Library in a book published by Scarecrow Press in 1997. That led to a stint as the internet columnist for Behavioral and Social Science Librarian for almost ten years, coupled with weekly newspaper columns on entering and winning sweepstakes, computer gaming, progressive Maine politics, and interesting Maine people. I also was a regular contributor to a now defunct Maine literary magazine called Wolf Moon Journal.

Fiction came almost by accident. During my career as a mental health librarian, I added quotes from a nonexistent book called The Berek Chronicles as tag lines to my email signature. After several other librarians tried to find the book, they confronted me and said ‘write the damn thing.’ An older reference librarian at the Lewiston Public Library even sent me a three page character profile of Kallista Wolfblood, a minor mage thief she’d created in her role as a dungeon master. Little did I know what would follow. 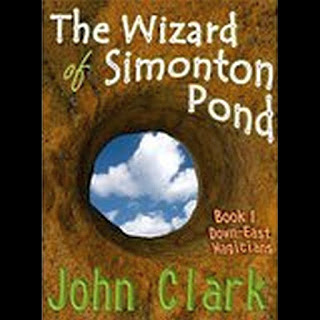 Berek Metcalf became a socially awkward teen with an extra finger on his left hand. When his parents discussed removing it so he would fit in, his uncle Leland scared the heck out of them, insisting that they would do no such thing. After being beaten up by a high school bully, Berek hides out in a stone circle on the family farm so he can figure out what to do. Going back to school the next day terrifies him. When a strange bird flies overhead and drops a silver flute in his lap, it sets in motion a journey taking him halfway across the universe to a planet called Ballicore It is there that Berek falls in love, realizes his extra finger allows him to create magic and forces him to cross dangerous terrain, meet interesting entities, (not all of them human) and confront a band of baddies to save an endangered race known as the Snow Lords. Kallista becomes one of his group after they meet in a rowdy tavern.

When I finished the book, I left Berek in a very painful situation. That led to Hither We Go which finds him in a state mental hospital when his mind can’t accept his abrupt exile back to Earth. During his attempt to return to Ballicore, he befriends two ‘seemingly flawed companions,’ as described by a spider he meets in a blueberry field. The journey back to Ballicore is difficult, but not nearly as is what he has to do to rescue his girlfriend, Elspeth once he gets there.

That led to book three Married With Familiars which begins on a mist shrouded intergalactic train platform called Kurdzen Waystation. Berek and Elspeth make their way to COTU, a huge artificial city sphere that serves as the hub for intergalactic travel and commerce (Think Blade Runner meets Diagon Alley). There, they use the huge library maintained by a mouthy, sarcastic holographic librarian who helps them figure out how to travel to Senbec, a world where Berek’s supposedly deceased uncle Leland is. Berek’s hope is that his uncle will be able to help him return to Earth, but there are complications, the biggest involving the issue of Senbec having an illness that Berek and Elspeth must cure. The story ends on a tragic note.

At that point, Kallista began harassing me, insisting she deserved a stand alone about her, so I wrote Like A Thief In The Night where her greed gets the better of her and a very sex-starved ghost gets stuck in her mind with unusual consequences. Since Kallists’s a very private and distrustful person, this is the ultimate in vexation. How she learns to adjust while fending off pirates intent on enslaving the inhabitants of Ballicore was fun to write.

At that point, I found myself struggling to write, back problems and the inability to sit and write without distraction for more than half an hour, made anything new hard. Coupled with my sister Kate’s seducing me into writing short stories as she was an editor for Level Best Books, delayed the final book about Berek and his entourage, In My Father’s Footsteps, for a number of years. Building on the last line in book two, this one begins in the New Zealand rainforest, moves back to Maine and then takes a new character to Ballicore in search of Berek. Josiah is seventeen and not long after arriving in the unexplored part of the planet, he rescues an elven girl named Gilraen. While she’s young for an elf, she’s more than two hundred years in earth terms, making the budding romance between them a challenge at times. Their journey involves them connecting with most of the original characters, a mind blasting discovery about what the universe really is, and an eventual reunion with Berek.

Writing these five books led to more novels (some complete, some still in process). Most feature Maine teens dealing with adversity and fall into the magical realism genre, reflecting my growing up in hardscrabble circumstances, as well as my twenty seven years working in the mental health field. This post is long, so I thank you for bearing with me. 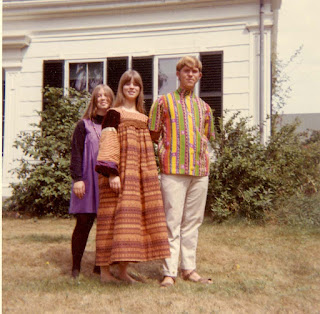 Mind remains the same, body not so much, alas.


John Clark is a retired Maine librarian who sells used books online, reviews audio books for School Library Journal, still reads 200-300 books a year, and is intent upon helping his three grandchildren develop their sense of humor and creativity.