I'm watching the various Marvel Universe offerings -- movies and the limited TV series on the Disney Channel -- and am in awe of the writing. It's not hyperbole to say these shows are like a class in character arc development.

What is a character arc? 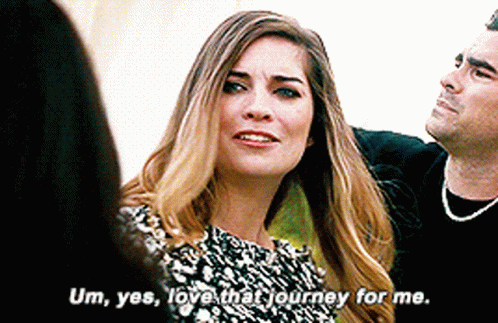 Simply put, it's the journey your character faces that's comprised of a series of decisions and actions through which your character emerges at the conclusion CHANGED from the start. Let's use Anakin Skywalker as an example, but out of canon sequence and use his age. He starts as a cute child, living in desperate times and because he has talent, is taken from his home to apprentice as a Jedi. As he grows, we witness his emotional weakness grow just as his Force strength grows. That's no accident. His devotion to the Force is at near-constant odds with his emotional need for love -- first by his mother, then by his wife. By the time he emerges, first broken and then "repaired," the first question he asks as Darth Vader is about his wife. When he learns of her death, his emotions conquer him and he goes full Dark, where he stays until his fight-to-the-death with his son. It's not until he sees the Emporer zap Luke that Anakin/Vader is able to tap into that long buried love of family, and while he couldn't save his mother or wife, he CAN and WILL save his son.

In the Marvel universe, every character is following his or her own arc and it's been a delight for me to watch. Warning: some spoilers follow. Tony Stark is the original narcisist. If he were real, you can bet he'd be launching a rocket to space right now and it would be twice the size of Musk's or Bezos's. He's a self-indulgent jerk with enough money to fund the playgrounds his genius brain requires. He rarely puts the needs of others before his own.

We see that in the Iron Man movies where he holds a press conference and tells the world "I am Iron Man." (Jeez, every other super hero has an alter ego to protect their identities.) In Avengers: End Game, we see Tony sacrifice himself for the greater good. The selfish turns selfless. He emerges from his journey a changed man.

Likewise, Captain America, the too-good-to-be-true Steve Rogers, has lived for decades by a code of honor that always put the needs of others above his own. Consistently and repeatedly, he suffers a lonely extra-long existence saving everyone but himself. At the end of Avengers: End Game, we see him as an old man because for the first time in his life, he does something you might call selfish. He stays so he could love Peggy. The selfless turns selfish. He also emerges a changed man.

How do you do this in your own writing? How do you create character arcs so compelling, readers gasp at the end of your novel?

By focusing on the conflict. That's the secret. (Not a coincidence that Tony Stark and Steve Rogers didn't get along throughout the Marvel movies!)

There are different types of conflict in fiction. There's inner conflict, born of the wounds we each carry through life whether from deprived childhoods, broken hearts, strife, grief, etc. There's interpersonal conflict, when key characters clash. The best stories have a conflict or conflicts that work on multiple levels. (again, see Tony vs. Steve)

One of my favorite novels is PUSHING THE LIMITS by Katie McGarry. Bad Boy Noah falls for good girl Echo. But both characters are broken - Echo, literally. She bears disfiguring scars from an accident she cannot remember. She grieves the loss of her brother in the service. She misses her mother, no longer welcome. She resents her father for trying to replace her mother with a new step mom and her brother with their new baby. Echo's goal in life is to remember what happened to scar her so badly and what her mother had to do with it. She believes if she can just remember, her family will be healed.

Echo has a lot of issues. But so does Noah. He's lost both parents. He lives in the cold basement of yet another foster home while his younger brothers live separately in someone else's home. Noah's goal in life is to get custody of his brothers and raise them himself.

Noah and Echo both want their families back.

At the end of the story, Noah emerges no longer the bad boy slacker, but a man devoted to being someone his brothers can look up to as they're adopted by a loving family -- without him. His family is with Echo now. Echo emerges no longer haunted by a past she can't remember, but a young woman who now sees her parents for the flawed human beings they've always been instead of the perfect images she imagined. In other words, there's no going back -- only forward -- and both must make the family they want.

(I've read this novel about ten times now and I still feel that gasp of satisfaction at the end.)

In Susan Elizabeth Phillips' NATURAL BORN CHARMER, football god Dean Robillard is sheer male perfection. He models underwear and a bunch of other products in addition to his quarterback career, women love him, men want to be him. Then there's Blue Bailey, a human train wreck of a woman, who lives a vagabond life while wearing combat boots with skirts, and a bad attitude.

On the surface, they are as opposite as two people can get. But SEP gives them each a past. Dean's father is a rock legend and his mother, a drug-addicted groupie who followed his dad's band from concert to concert. Dean didn't even meet his dad until his teens and he hasn't spoken to his mother in years. Blue's father is absent; she never knew him. But her mother is also absent; she's an activist off fighting social injustices around the world -- frequently stealing money from Blue's bank account to fund those fights.

How do you resent that and not get hit by a lightning bolt, Blue often wonders?

Blue's childhood was marked by a series of hand-offs from one friend to the next. She learned too young to stop loving each temporary family because it hurt less when she was given away to the next. She hid behind sarcasm, her scary fashion choices, and her constant moving. Dean learned too young that parents cannot be trusted. He hid behind his natural born charm and good humor, and learned to depend only on himself.

Blue's goal is to stay with Dean long enough to save some money for her next move. But Dean's goal is to get everyone away from him so he can be alone. There's a juicy conflict. As the story unfolds, we get glimpses of each character's inner conflict. She is unlovable, he is loved by everyone. She wants TO MATTER, just once, and he wants TO MATTER, as well, for himself, not what his fame can offer.

By the end of this novel, the journey each of these carefree/moment by moment characters who never had conventional families culminates with each ready to put down roots and promise to create a family of their own. That's one heck of a journey.

So...step 1 is decide what wound your characters bear and how it looks on the surface. Are they slackers like Noah? Adored by the masses like Dean? Surly and always moving like Blue? In denial, like Echo?

Step 3 is to give them ample space to make mistakes as they pursue their goals, and finally realize the key to their success is doing the opposite. (For Anakin, it was defying the Emperor and for Blue, it was resisting the urge to keep moving. For Noah, it was accepting that he can't raise his little brothers as well as their adoptive parents could.)

Tell me about the character arc in your favorite story in the comments.

Award-winning author Patty Blount writes compelling character arcs like Ian in SOME BOYS, who must decide who's lying about what happened that night in the woods, or Derek in SOMEONE I USED TO KNOW, whose sister blames him for her sexual assault. Visit her at pattyblount.com.