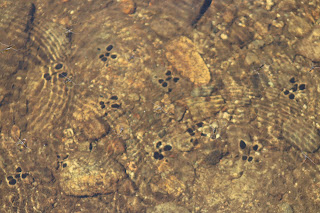 John Clark sharing some things I feel make one a better writer. We’ve all heard the old adage “Write what you know.” That’s all well and good, but what if you write science fiction or fantasy? You’re unlikely to go to the airport and snag a discount ticket to Alpha Centauri, nor is it likely a dragon’s going to swing by on your day off and give you a ride to another realm. Both would be nice though. What to do instead? Let your imagination go wild. Create the most amazing world(s) and populate them with races that will stick with readers. Once you’ve done that, work on internal consistency-if your dwarves have dietary restrictions that preclude eating orcs, don’t screw up and have them wolfing down Orcburgers at a local tavern in chapter nineteen. It also helps to take the time to create a geography as you go along. I find it’s handy to keep track of what towns or way stations are where and who came from them. World building can be a lot of fun.

Don’t get hung up on first drafts. You can fix most anything later, but creativity resents analism, trust me.

One of the most important skills a writer can have is being a good listener. The world has a huge surplus of talkers, so listeners are valued. I learned how to be a good one as a mental health professional, and later got even better while working as a one person library staff.

Imagine your response when an older woman comes to the library and tells you her husband was killed by wild turkey poop. What would your response be? Mine was to encourage her to tell me more. In the process, I found out it was true. He had a weakened immune system, was grinding a stump and inhaled some dried turkey feces that did him in thanks to avian coccidiosis. I wrote a human interest story about it for a local newspaper that later led to another story about the man who bought and sold horses. That led him to a fascination with miniature Clydesdale horse replicas. He bought them and crafted amazing wagons for them to haul, complete with leather harnesses.

If you listen carefully, people will give you terrific dialogue. My friend Jack was chairing an AA meeting twenty years ago and his first words stopped me in my tracks. He said, “I liked being alone because it was the only time I understood all the rules.” I got his permission to use it and it became the opening to a short story called Tower Mountain that appeared on one of the Level Best crime anthologies. If you pay attention, I guarantee someone at least once a week will give you a great story or scene inspiration.

Work on becoming the best people watcher possible. Pay attention to their features, their expressions and how they move and interact with others. I have observed and named ‘types’ over the years, some quite unique, others more common. One is the Grasshopper Woman. She wears dark glasses and has a severe mouth, usually accompanied by a frown. If walking, she’s likely to be on her cell phone, if driving, she’s tapping her fingers on the steering wheel impatiently. I bet you’ve seen one of her recently. Feel free to steal prominent features of people you observe to incorporate into a character.

Sounds are also worth paying attention to. I have a relaxation ritual I call sound separation, where I try to sift through what I’m hearing until I can identify each individual one. It’s a good thing for characters to do sometimes in tense or dangerous situations.

Over the past twenty years, I’ve become a prolific reader, primarily in the YA genre. I’ve also reviewed most of the books I’ve read and do some audio book reviews for School Library Journal. I’m firmly convinced that my reading and reviewing has sharpened my writing, particularly when going over a manuscript multiple times.

Look between the lines. I’m an avid photographer, but when you compare my pictures to those my wife takes when we go someplace, they’re very different. I look for small, unique things, ones that most never see. I particularly love a photo that shows two things, one sharp, the other slightly diffused. That perspective can translate into fiction nicely. 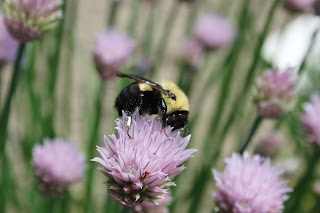 My most important observation is this: Write to have fun and entertain yourself. I seldom know where I’m headed when I start writing, and entertaining myself is as important as entertaining you. I hope you find something in what I’ve written that’s useful.