THE FIRST PERSON PERSPECTIVE, DUSTBUNNIES AND ALL by Wendy Delsol 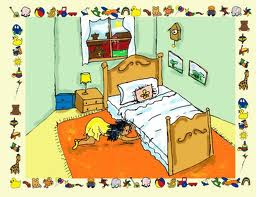 Compelling young adult fiction is about getting to know—and hopefully root for—a teen character. And what better way to get to know a coming-of-age protagonist than to drop in on their every thought? Ah, the lure of the first-person perspective: the under-the-bed, back-of-the-closet snoop. It’s intimate, exclusive, deliciously revealing, and bound to turn up dirt of one kind or another. Uh-huh, the good stuff.

As a writer, I feel an obligation to truthfully paint the spectrum of emotions we—at any age—experience. Humans are complicated. Sentiments are part and parcel of our existence. We’re hard wired to look out for number one, yet, we’re highly social. Yep, a conflict of interests. And an emotional junkpile. Throw into the mix the inexperience of youth and raging hormones and you’ve got a steaming heap of happiness, anger, empathy, irritation, surprise, jealousy, etc. And all before noon on a Monday!

Granted, personalities vary. Absolutely, some people are sunnier by nature. Their internal dialogue would reflect a predominance of optimism. But an honest writer, in my opinion, will ascribe to their characters—even their heroes and heroines—a full range of motivations, some admirable and others, well, not so much. Because …

In my novel, STORK, my main character Katla is snarky. She is. But mostly in her head. It’s how I infused the story with humor. It is also how I showed growth in Kat’s character. Both her thoughts and actions mature as she, the new girl, adjusts to her surroundings.

I personally enjoy a first-person sneak peek into a character who is layered. I enjoy the internal dialogue and appreciate the outcome when the character does the right thing.

As a reader, do you separate a character’s thoughts from their actions? Have you ever felt shortchanged by a first-person narration that feels, well, too clean?

As a writer, are you reluctant, at times, to show a few of the darker musings of your protagonist? Are there dustbunnies under their bed you haven’t admitted to? If so, I for one want to know!