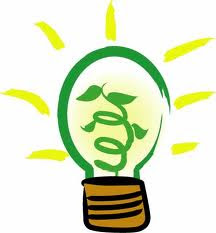 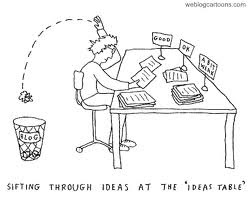 Interviewers often ask (what is known among writers as) the “dreaded inspiration question.” Where did you get the idea for you novel?

Writers tend to get squirmish when confronted. We wonder if we should talk about details from our lives. Do we confess to personal traumas? Misdeeds in high school? Should we give credit to others who passed us ideas?

Anyway, the truth is more complicated than experiences, relationships, people-watching, etc. And simpler. Most writers get ideas not from the idea fairy, but from some strange place in our heads.

We make things up.

Don’t get me wrong. I didn’t lie on my website. I drew inspiration from events around my high school reunion to write My Invented Life. My fascination with drama geeks, my relationship with my sister, and people I’ve observed also affected the story.

Still, I made the whole thing up.

I enter a zone as a write, dig from a deep place in my subconscious. A fugue state. A sort of trance. (And a pox on the person who interrupts me!)

If I think too much when creating, or use real events, I mess up the story. Here’s an example. A close friend once shared a story from her childhood to explain why she avoids crying in public. A swimming instructor once forced her to jump off the high dive in class, and the idea terrified her. The instructor told her to stop crying because it made her ugly. Ack!
Great story, huh?

In My Invented Life, Roz avoids crying in public. So, I asked my friend for permission to use her anecdote in my novel. She gave me permission, and I went to town. But the bit I wrote didn’t feel quite right. So I modified her vignette in my 2nd draft. In each subsequent draft, I changed it a little, trimmed it, shaped it, etc. Finally I ended up cutting the whole thing. Real life messed with the flow of my story. That’s why I write fiction instead of non-fiction, I have control over characters and events

Or at least someone inhabiting the deep, beautiful, hilarious cave of my subconscious does.

If you want an eloquent treatise on the topic, read what Neil Gaiman had to say.

Posted by Lauren Bjorkman at 12:06 PM