The quest for conflict 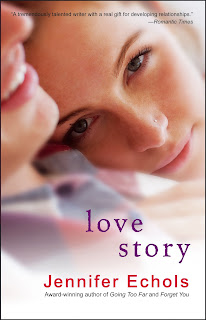 When I work out an initial idea for a novel (by far the hardest part for me), I’m looking for the conflict. For YA novels, I love to discover situations that a very young person can be placed in, with lots of responsibility that a teen might not be ready to handle. Nineteen-year-old cop, anyone?

The idea for my July 2012 novel, Such a Rush, took a long time to develop. I felt the first spark on January 15, 2009. I was working out in the YMCA when breaking news flashed across the TVs mounted on the ceiling. An airplane had crashed in the Hudson River: US Airways flight 1549. The reporters didn’t know yet whether there were any survivors.

That flight number sounded awfully familiar to me. My husband was in the Dallas airport waiting for a flight to Atlanta and then home to Birmingham, I thought, but maybe I was wrong. He’d taken strange connections before, to Detroit or Minneapolis, just to earn a free ticket or get home sooner. Was he in New York?

Correction: Was he in the Hudson?

A quick call to him reassured me he wasn’t. Soon the news reported that everyone on the plane was safe. But that flight number continued to bother me.

When I got home, an e-mail from US Airways waited for me. I had booked a round-trip flight to New York at the end of January for the Society of Children’s Book Writers and Illustrators conference. The e-mail informed me that the flight number of the first leg of my trip home, LaGuardia to Charlotte, had been changed to flight 1550. From flight 1549. Flight numbers go with designated airplanes. Translation: “We have changed your flight number because your original airplane is no longer available. We are very sorry but it is floating in the Hudson.”

This was in no way a near-death experience. Everyone survived, most importantly, and the crash took place two weeks before I would have set foot on the plane.

But it was my flight. It was the flight I had taken before from New York to Charlotte and eventually home to Birmingham. It was my gate in a musty, forgotten wing of LaGuardia with one bad restaurant, bad coffee, and plenty of laptop plug-ins. Captain Sullenberger was likely my pilot. I thought a lot about how well he did his job. There were countless ways things could have gone terribly, horribly more wrong, taking out half of Manhattan and reminding the city of the tragedy seven and a half years before. He avoided them all. I enjoyed the recent movie Friends with Benefits, but when Justin Timberlake made jokes about how Captain Sullenberger was not a hero because airplanes are automated, I did not laugh. And when New York decided to rid the airport of the flock of geese that had flown into flight 1549’s engines by catching them, cooking them, and feeding them to the homeless in Pennsylvania...I am a bird lover and a tree hugger, but I thought this was a pretty good idea.

Flash forward to summer 2010. My family, my brother's family, and my parents rented a house together for a week at the beach in South Carolina. My dad has been a private pilot for years--he took me up in his airplane for the first time when I was five. He's also a loner, and there's just so long he can stand a crowd, even a crowd of his own family. He always escapes by going to the airport, just to see what's going on. He always asks me to go with him so he can say he is having family time and he will not get in trouble with my mother. This is why I have been to every airport in every tiny town in the South where I have ever been to a family reunion.

On this day he was particularly interested in the tiny planes towing advertisement banners up and down the beach. He called both local airports and asked where the planes were based so we would visit the right one. For hours my dad, my son and I sat on rocking chairs on the porch of the airport office, looking out over the runway, and watched these planes. After they'd taken off, they circled back around and dove low over a grassy strip next to the runway. The pilots physically threw a hook out the window of the airplane while in flight. The rope tied to the hook unfurled, and if the pilots had threaded the needle just right, the hook caught the banner laid out on the grass. Then the pilots pitched the airplane up sharply, almost stalling, in order to pull the banner into the air instead of dragging it along the ground.

My dad had many, many colorful things to say about this, which I cannot repeat for you here. The gist was, "This job is very hard and dangerous, and these pilots have to be crazy to do it. Or just very young."

Now he had my attention, right? It turns out that pilots can fly for pay at age 18--if they have enough flight hours, which is a big if, because it's enormously expensive to rent a plane for flight time. Pilots can fly people--become airline pilots and that sort of thing--at age 23, but only with a huge number of flight hours. College-age pilots who need those hours are the daredevils who fly these banner-towing planes.

Being a pilot is a huge responsibility. If you're not super-cautious, the consequences can be deadly for you and everybody under you on the ground. It's also a huge rush, and an 18-year-old with a job as a banner-towing pilot will be surrounded by conflict. Add a girl from the wrong side of the tracks who wants to be Captain Sullenberger someday, the twin brothers who own the business and hire her to fly, and a crazy crop duster pilot who doesn't understand the meaning of mortality (yet), and that's where Such a Rush came from.
Email Post