What my editor asked me to take out 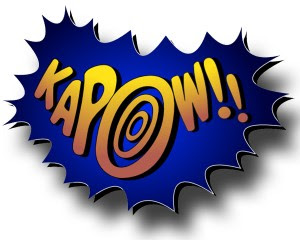 I fit neatly into the vast Avoids Conflict In Real Life camp, so softhearted that I regularly export spiders from my kitchen sink to my garden. Yet I have no qualms about being mean to my protagonist. It’s my job as a writer to make her suffer.

One draft of MY INVENTED LIFE included a letter written by my protagonist’s best friend. The letter didn’t make it into the published book. My editor found it too disturbing for my otherwise light-hearted, funny, romp of a novel. Roz—the protagonist—didn’t need such a brutal wake up call, my editor argued.

It was a smallish plot-point, and I removed it out in respect for her years of experience and judgment.

Later, a friend read the same draft of MY INVENTED LIFE, and commented on the letter. It had been a highlight of the story for her—the best part even because it made her cry.

You can read the letter below and judge for yourself. In the original, it came near the end of the book, after the reader had gotten to know and love Roz, but had also witnessed her sometimes insensitive behavior. Sierra, a new-age type, wrote the letter to Roz’s sister.

MY INVENTED LIFE is first-person POV, so the bits in parenthesis are Roz’s thoughts as she reads the letter for the first time.

…(blah, blah, blah worthy of skimming)…Guatemala speaks my language, the energy of the earth here travels from my feet, up my legs, and into my heart…(Sierra is still Sierra)…you’re probably wondering why I’m writing you instead of Roz…(worthy of skimming because it hurts)…worried about Roz…(here comes the scary part. I squint so I can shut my eyes quickly)…it’s hard to put into words what Roz does…(increase squint)…she puts other’s down for saying “dumb” things, and three minutes later says something dumb herself…(I should stop reading)…and there’s the self-centered way she enters a group like no one else was having a conversation before she got there…(stop!)…people shake their head after she leaves, saying “what was that exactly”….(the words blur)…I love her…and she’s so funny…caring…warm-hearted…a loyal friend…(I cry harder)…I just worry about her…I miss her so much.

I still don’t know if I made the right decision.