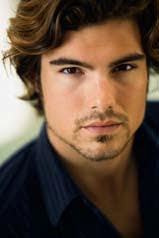 Anne smacks into Ethan – both literally and metaphorically and emotionally. Her contemporary presence conflicts with his old-timey sensibilities. Anne’s newly developed powers require her to keep secrets from her family. More conflict. Anne realizes that her choices can save or destroy lives. Conflict. The bad guy – Viktor – has a familial connection. Conflict. Later: Which boy – safe Ben or not so safe Ethan? Conflict. Enter Baba Yaga’s forest with an unknown set of rules. Conflict. Best friends in peril. Conflict. Should I fall in love with someone who has such a mysterious, and lengthy, past? Conflict. What do I put first – myself or my obligations? Particularly when it comes to Anne loving Ethan, this is the case. She knows he is her one true love. But will she take the leap and risk all there is to risk? Conflict. Juicy, wonderful conflict. Editor Leah and I are very excited for readers to see how it all works out for Anne and Ethan in Again and Again when it releases from Sourcebooks in Fall 2012.
Email Post
Labels: Again and Again conflict Dreaming Anastasia series Leah Hultenschmidt Sourcebooks