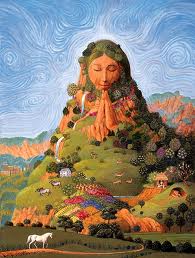 My mother is a poem
I’ll never be able to write,
Though everything I write
Is a poem to my mother
—Sharon Doubiago
Email Post