I am Grateful for the Gift of Perspective--Kimberly Sabatini

Gratitude is a funny thing--it walks hand and hand with perspective. Let me give you a little glimpse of what I mean...

About nine years ago when my dad started having eye problems, we were told he may need a small surgery that would put him out of commission for a few weeks. He'd recently retired from his job and taken a position as a flagger for Central Hudson. He loved being out there waving and smiling at people. We always joked that he was running for mayor. I was a little angry about the bad luck of the situation. He'd waited years to be retired and putz around. Now something was interfering with his ability to finally do that. I wasn't happy.

But then we found out his vision issue wasn't a simple macular problem cured by surgery. We were told he'd had a stroke. Suddenly I would have taken the macular issue without any complaints. Funny how quickly I changed my mind when my perspective changed.

But unfortunately, it wasn't a stroke either. It was an inoperable brain tumor on his optic nerve. Yeah, the stroke was looking pretty good now. God, how I wished we'd just had that stupid little eye issue that I was initially so angry about. That would have been fabulous.

But of course the perspective just kept changing, because it was no longer just a brain tumor. Now it was a brain tumor that wasn't responding to treatment. And what I wouldn't have given at that point for him to at least have the kind of cancer that could be cured. I would have been grateful for that. That would have made me happy.

It wasn't meant to be.

Yet, despite my loss, I'd learned a lot about gratitude and perspective. I discovered that I could be angry that my dad had died, or I could consider myself lucky for the time I had with him. Some people have their dad's for a lot less time. I could also be appreciative that he was a really good dad and that he loved me. Some people don't get that either. Most importantly, I could be grateful that he raised the kind of girl who chooses to have her glass half-full and who is always looking for an open window when a door closes.

I am grateful that he gave me the gift of perspective.

I am grateful that love is so giving. 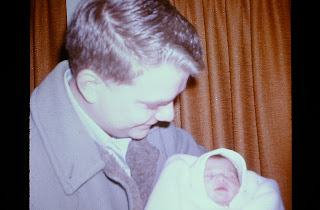 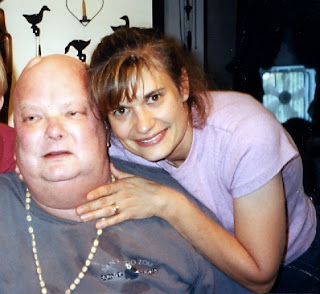 Wishing you clear and true perspective in 2013.