So Many Rejections. So Many Ways to Be Grateful for Them. By Jody Casella

Jan Blazanin's post on being thankful for rejections got me thinking about my own writing rejections. Like Jan, I had many along the way, some more crushing and nauseating than others. I was not one of those writers who papered my walls with them. (Geez. How depressing would THAT be?) but I do have a nice bulging file in a drawer, and later, when rejections zoomed my way via email, I started keeping a virtual file.

Over time I could group them into categories, each with their own fun attributes:

The Never Get a Response/Disappear into a Black Hole category. Did the editor ever receive the manuscript? Did she tack it up above her desk and throw darts at it? Or is it still sitting there in a slushy stack waiting to be read? You will never know, and therefore you will always have a splinter of torturous hope...

The Curt Form Letter. Someone took the time to respond! It does not fit their needs at this time! Oh, joy!

The Curt Form Letter with a Scribbled Note on the Bottom. Now we are getting somewhere... The first one I got in that category said simply: "Nice story." I am embarrassed to say how many times I unfolded this letter and read those two words.

The Personal, Detailed Rejection. So close, and yet, so far away. And so excruciating in the details. We writers say we like to know what's wrong with a manuscript. This is a lie. What we really want is for the editor to LOVE it. As is. Do we honestly want to hear that "the story is depressing" that "it has no teen appeal" that "it ended just as it was getting started"?

It's weird to look back now and see all of my rejections as a necessary and beneficial part of my writing journey. But they were. They kept me writing. They helped me grow a thicker skin. They forced me to tuck my early (weak) manuscripts away, and write other things. Better things.

I wish I could time travel back to my old despairing self and tell her not to despair.

Probably my worst rejection came from an agent. She'd read a story of mine in Cicada magazine and wrote me a fan letter. She asked if I had a book in me and told me to call her so we could discuss my career. The letter shook in my hands. Ha ha. A book in me! At that point I had written FIVE! The agent and I had a lovely chat. I told her about my books. She requested all of them. This was it, I knew. My dream was about to come true.

Then, nothing for a while. Then, a short email. She didn't like any of the books. The end. 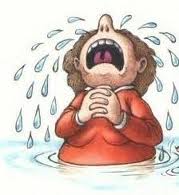 That rejection was probably the closest I ever came to quitting. I sobbed. I ranted and raved to everyone I knew. That woman had come to ME, lifted up my hopes, and dashed them to bits.

The twist is that several years later, I wrote to tell that agent about a new manuscript I'd written. She requested it and after a few nail biting weeks, she called me. We had another lovely chat and...she rejected it. She was really nice about it. She loved the book. Loved the characters. It had a similar topic to another book she was representing though. Mine was better, she said. She apologized. It was a weird conversation, to put it mildly. She referred me to another agent. That woman requested it and asked me to make some changes. I did.

Crushing news, and yet now I feel nothing but gratitude for both of those agents. The first, for rejecting stuff that truly should've been rejected. Which led me to write a sixth book. The second, for urging me to revise it. My revision (for her) snagged the attention of another agent and eventually led to my first publishing deal.

You can win a copy of that book THIN SPACE (along with many other books and awesome prizes) by clicking here to enter our January Giveaway.