No Explanation for Me--Kimberly Sabatini

I am a die-hard optimist. (almost) I'm attaching the almost for fear of awakening the gods of "never-say-never" and incurring their wrath. Those gods give me the willies. The only thing worse than being an unshakable optimist, is being an optimist that's been well shaken. *shudders* It's better not to prod them while they're sleeping.

Ask most of my family and friends and they will tell you (or remain quiet while rolling their eyes behind my back) that while my glass-half-fullishness has perhaps served me well, it has also been one of my greatest weaknesses. It causes me to be described with words like gullible, naive, wimpy, and the always popular--a glutton for punishment. Occasionally, it's just been easier to call me an idiot. And it might surprise you, but often, I see their point. There are days when I don't just look like a door mat, I feel like one too.

But here's the thing. I know the reason why this trait is my own personal groundhog day movie. 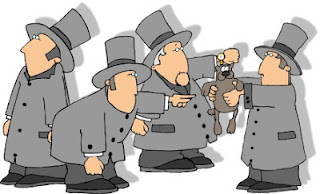 This part of who I am never changes, because I don't want it to. It's rather simple. We do not become, who we do not want to become. I like being optimistic.

Despite the my grass is just as green as your grass attitude, there are days when all those ugly words, stick to me like I'm wearing a velcro suit. But what helps me is that I know a secret. Optimists embody, what I consider, some of the greatest words in the history of words. (Even the made-up ones like supercalifragilisticexpialidocious.) This vocabulary is in my soul.

I am hopeful and I believe in wonder.

And on the days where the "never-say-never" gods are really messing with my head and it feels like someone has called me an idiot one too many times, I sing this to myself...

I no longer wonder why there's no explanation for me. I hope this never changes. I believe--with love, with patience and with faith--I'll make my way.