Opinion: noun 1. A belief or judgment that rests on grounds insufficient to produce complete certainty. 2. A personal belief, attitude, or appraisal.

When Fairest of Them All was published in 2009, I thought the hard part was behind me. My book’s future would be filled with sunshine, lollypops, roses and an outpouring of praise from reviewers and readers alike.

How could they feel anything but awe and admiration? I’d revised and rewritten it more times than I could remember based on the sage advice of my agent, editor, and friends. The manuscript had been honed to a fine point, copyedited and proofread to perfection. Critics would gush, and awards would pile up.

The first reviews were good. Teens Read Too awarded me the Gold Star Award, early bloggers seemed positive. My confidence rose. The book was a success. 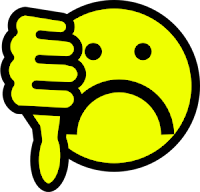 Some readers couldn’t identify with my main character. Some out and out disliked her. My writing style was annoying. The story was “too different” from the YAs they were used to reading. There wasn’t “even a hint of romance.”

The kicker was this one star review on Goodreads: “I really didn't like it, it was boring to be frank. I couldn't get into it and it was a book I kept putting off reading. i'm not punishing myself anymore, I read for enjoyment not for torture.”

A hundred words of praise couldn't take the sting out of the disparaging reviews. My friends reassured me. It was one person’s opinion, basically meaningless. Maybe so, but that one person hated my writing and, by association, hated me.

When A & L Do Summer came out two years later, I braced myself for the unenthusiastic reviews. There were some, and they hurt. Then I began paying attention to the reviews of books I’d loved. Brilliant books I wished for the talent to write. Guess what? Some readers hated them. Some reviewers panned them. If those books didn’t get 100% glowing reviews, what chance does my writing have?

I still haven’t learned to dismiss negative reviews. How can I when my books are me? But I’m trying to be more philosophical. Writers pour their hearts into their work and each of us gets at least an occasional awful review. I'm drawing solace from the excellent company I keep.