When it Rains Lemons (Joy Preble) 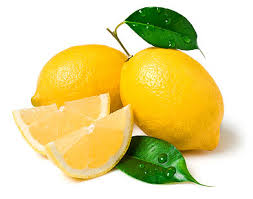 Actually I started to title this when the you know what hits the fan, but I figured the lemons analogy smelled nicer. That's the thing about lemons, you know. They're sour but they smell so fresh. Of course Meyer Lemons are also sort of sweet, but that's another story.

To the point-- my characters and I have all come to moments when we realize that things have CHANGED. Things are going badly. Things suck. Things are never going to be the same and we better deal with it NOW.

Anne in the DREAMING ANASTASIA series has a lot of those, the biggest one being that once she bumps into handsome hottie Ethan in book 1, her life is never the same again. She gets elemental magic powers. She takes on a mission to save Anastasia that does not turn out in the least as anyone hoped. She falls in love with Ethan, although not right away because she is not only a sensible girl, she is also in severe denial about everything that's going on. She discovers a secret world of magic that she had no idea existed. And as the series goes on, she finds that all these new discoveries and situations lead to more changes and more revelations and ultimately some huge sacrifices. It is a lot for one sixteen year old girl. Especially one who is already dealing with a broken family from the death of her brother.

Slowly, painfully, Anne grows. By the end of the series, she is not at all the same person that she was at the beginning. Seismic shifts in her life altered her. She rises to the occasion. She becomes brave. She lets herself love. She accepts her destiny, at least more or less.

In the forthcoming THE SWEET DEAD LIFE (coming May 14th from Soho Press, to be followed by the sequel, THE A-WORD in May 2014), Jenna Samuels' life is undergoing a similar level of upheaval. I don't want to be too spoilery, but I figure if it's in reviews and book jacket copy then I'm okay. Her father has disappeared. Her mother is depressed and unemployed and hanging on by a thread. Her brother Casey spends most of his time working two jobs and getting high. And then Jenna starts to get sick. And then there's a car accident. And Casey ends up a very different person. As in dead and back as Jenna's guardian angel. It is a lot for a 14 year old girl to handle. But Jenna does handle it. And again, she grows. She changes. So, for that matter, does Casey, who was far from cherubic until Management sent him back...

The idea of trial by fire, metaphorically speaking, fascinates me. It resonates. None of my successes, writing or otherwise, have come easily. All have come after those seismic life shifts for one reason or another. As though it takes the life equivalent of shaking tectonic plates to move me from one thing to another. I suppose it's basic physics. Newton's first law about that object at rest. Law of inertia, if you will. You've got to act on your inertia with a force that will unbalance it and get it moving.  Or as Tiffany, my yoga instructor at 24 Hour Fitness says, "Let's see where our bodies go today." And then she reminds us that unless we stretch and try, we're not going anywhere. (let me interject here that even a boulder hitting me will probably never allow me to lift both feet while squatting with my knees on my elbows in the crow position)

When stories don't resonate with editors and agents, often it's because the stakes aren't high enough for the MC. Which means that there is not enough potential for moments of growth. Or as agent Jen says, "The so what moments." I guess we can think of that as basic physics, too.

Did you realize that emotional pacing and journey was connected to physics?
Yeah, neither did I til wrote this post!!