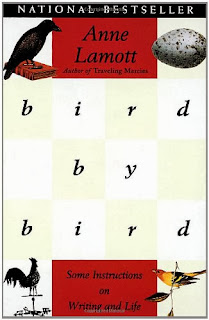 I’ll confess: I’ve never finished a NaNoWriMo book in a single month. There is something about the challenge that doesn’t appeal to me. I tend toward clean drafts; it goes against my writing style to simply write without editing. This is not to say that I have not completed most of a book in approximately a month’s time. It is just to say that the contest itself panics more than propels me. I love the idea of it in the same way I have loved weight loss contests in the workplace. It’s great fun and exciting for the first week and then it makes me edgy and cranky and I eat a piece of pizza. Or whatever the novel-writing equivalent is.

But this month I’m doing it anyway, although in my own way and not officially. My revisions for FINDING PARIS are due in early December and so I am racing through November toward that goal. Life being a tricky thing, this is happening alongside a huge family health crisis. Husband is recovering from a major illness and it’s one of those life-changing kinds—at least for awhile—and many needs are pulling me this way and that. I’ve done this before: If you read my own blog you know that back in 2010, just as my first novel had broken out and was doing remarkable things and I was finishing up book two, I was also fighting thyroid cancer. (Was declared a survivor this summer, by the way and even got a diploma!) Life gets in the way sometimes, but if the dream is big enough, you find ways. You really do.

A couple weeks ago I also faced the deadline of 1st pass pages for THE A-WORD, which is the SWEET DEAD LIFE sequel coming next May and is a book that I adore. Sometimes when life is handing you those huge lemons, it’s comforting to dig into the words and focus there.

To quote Anne Lamott—who’s coming here to Houston next week and I hope to get to hear her speak:

"Thirty years ago my older brother, who was ten years old at the time, was trying to get a report on birds written that he'd had three months to write. It was due the next day. We were out at our family cabin in Bolinas, and he was at the kitchen table close to tears, surrounded by binder paper and pencils and unopened books on birds, immobilized by the hugeness of the task ahead. Then my father sat down beside him, put his arm around my brother's shoulder, and said, 'Bird by bird, buddy.  Just take it bird by bird.'