Earlier this week, as I spent an hour combing hardened Silly Putty out of my daughter Clara’s hair and stifling a string of swears, I thought about what November means to me.

Traditionally, November is one of my most crazy-making months, even without a Silly Putty incident.  Work always seems to escalate.  Maybe it’s me, wanting to complete projects and feel that sense of accomplishment.  Or maybe it’s the publishing industry, spinning into a frenzy of productivity as the end of the year approaches.

Also, winter is coming.  It’s 30 degrees outside as I write this, and I’m deeply embarrassed to say that my husband Jens and I are just getting around to removing our air conditioners from various windows.  Once we catch up with the rest of the world on that front, we still have to deal with snow tires, weatherizing the house, and other preparations for the long, cold haul.

And last but not least, there are the holidays.  For me, the holiday season starts with Halloween, when I try to make Clara’s costume rather than buy it at Target like a normal person.  This year, she wanted to be the Marvel superhero Falcon. 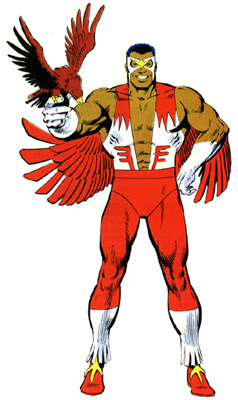 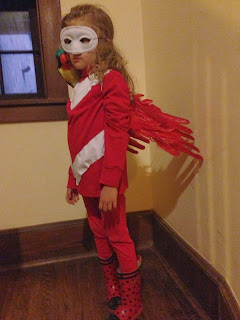 By mid November, I am usually neck-deep in OCD master planning for Thanksgiving, Christmas, and New Year’s and four to-do lists away from a nervous breakdown.

But no longer.  A couple of years ago, I made a pact with myself that henceforth, the month of November would be the opposite of my personal NaNoWriMo.  I decided to enjoy this time of year rather than scrambling around like a coked-up lab rat.

It’s not that I don’t get my stuff done.  I do, for the most part.  It’s a difference in attitude.  I don't focus on perfection.  I don’t even go for excellence.  I’m happy to settle for “I showed up” or “this chapter doesn’t suck” or “these Christmas cookies aren’t completely inedible.”

Because what I really need during the month of November is to slow down and bask.  The end of the year is a special time.  There’s so much to contemplate and so much to revel in before moving on to the new year.  I don’t want to be so stressed about what’s in the oven that I miss out on a fun, spontaneous moment with my family.  I don’t want to be so preoccupied with word count that I neglect to savor a creative breakthrough.

I totally respect and admire everyone who is in overdrive this month, cranking out 50,000 words or giving Martha Stewart a run for her money in the holiday department.  And maybe I’ll go back to that paradigm someday (or go back to thinking about that paradigm and berating myself for not achieving it).

But for now, I’m happy with my semi-burnt cookies and okay chapters.  I want to spend some quality time with 2013 before 2014 arrives.

How about you?  Are you speeding up or slowing down this month?