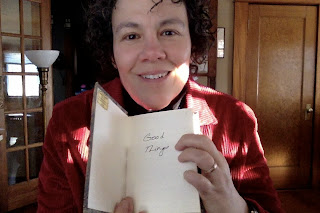 In 2005, my agent bought me this little journal in Italy.  I decided to use it to record things I was grateful for.  Some have been as small as seeing a blue heron.

Paging back through the book, I see that in March, Girl, Stolen won Missouri's Truman Award, and then in April it won South Dakota's YALP award.  Toward the end of the year, it went back for a sixth printing in paperback.  It's also been optioned for film rights, something I can't talk about too much (no jinxing!).  It was a Scholastic bestseller.

At the beginning of this year, The Night She Disappeared was named a Top 10 Quick Pick.  Film rights have been renewed by Tempest Films. The book has gone back for a third printing.

The Girl Who Was Supposed to Die was picked up in hardcover by Scholastic and went on to be a bestseller for them.  It's gotten reviewed in the Denver Post, the Seattle Times, and even the Asheville Citizen Times. And it was named to the Texas Taysha's list.

The flip side
This has been a great year for me professionally.  Personally, it's been a little harder.

This spring I wrote a book in nine weeks (a deadline that was not my fault). It ended up having the lightest edits of any book I've ever written.  But I nearly killed myself to do it.

September was the start of a difficult time in my life. At the beginning of the month, two homeless kids let go of their dogs as we were driving past. We killed one outright when it ran into the side of our car and got thrown under the wheel. I'll never forget the sound and feel of it, nor the sound of these kids screaming and wailing. The second had to be put down at the ER vet's.

At the end of September, I relocated five hours away to live with my mom, who went on hospice. I took care of her for about a month. Although I actually didn't do much but fix meals, make ice, and watch Netflix with her.

She had exactly the death she had wanted: at home, not in pain, and still lucid, funny, smart-ass, loving.

Her funeral was a celebration, scripted by her.  It included: 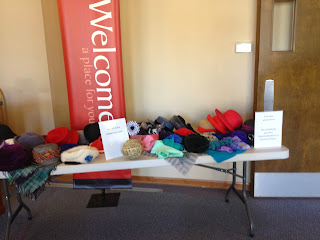 I want to live the kind of life that ends with a celebration.