I’m currently five weeks away from a deadline for my third book and I just can’t imagine a world where there is anything other than this book.  This bad boy has become my Neverending Story and, frankly, I'm a bit miffed that Falcor hasn't showed up with a tall, four-pump no-whip mocha. 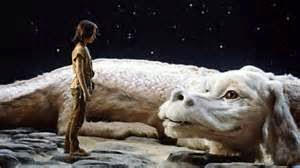 Since my entire universe is consumed by the desperate race to the finish, thinking about beginnings for this blog was a challenge. How do I feel about beginning something new?

Right now the idea of anything that isn’t this-book shaped sounds like sweet deliciousness.  Because this book?  Right now it's like that guy you dated way longer than you ever should have.  This book picks his nose!  He takes me to the auto-parts store and calls me Babe though I’ve repeatedly told him I don’t care for that particular endearment.  I’m pretty sure this book implied that my butt looks big in certain jeans. 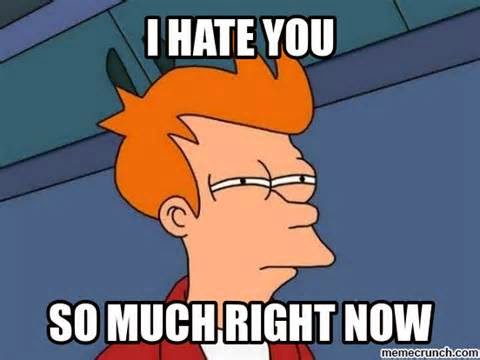 You know what, screw this book!  I want to begin a new, shiny book with great hair and a nice, steady plot-line that won’t ever leave me sobbing at two in the morning.  That book sounds great.

But, here’s a dirty little secret about me.  I kindofsortofactually hate starting books.

Now, I love the idea of starting.  You know, when this totally butt-kicking idea grabs you by the chin and proceeds to tell you that it is the most awesome idea in all of Ideatown?  And at that point, it really is.  That's the magic of writing to me, and I live for those sparks of inspiration, but it’s not what I consider the beginning.

For me, the beginning comes when I open a Word document and the idea becomes reality.  Suddenly, there’s all this pressure.  Where do I start?  Why will the reader care?  What is my main character like? (Hint: She annoys me.  Well, at some point, anyway.  It is the one thing I can count on all my characters to have in common.)

That starting pistol part is full of wonder and possibility for many writers, but I’ll admit it’s brutal for me.  I call it the “Finding My Feet” phase.  The whole book feels wobbly and slippery and sticky at the same time.  Imagine walking on a Slip-N-Slide that been stretched over a mile of marshmallows and filled with lime Jell-O.  Technically it could be cherry, or any other flavor, but you get the point.  I’m not exactly graceful. 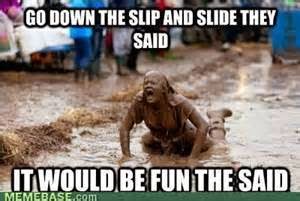 But there is one beautiful thing about the beginning.  Eventually I do find my feet.  At some point, that new shiny idea fleshes out into something bigger than I originally conceived.  Those characters that were once names on a page become flawed and brilliant and wonderful and annoying as all crap, which makes them infinitely easier to write.  The beauty of the beginning to me is that it brings me to the part of the book I love, and that's worth all the clumsy stumbling in the world.
Posted by Natalie D Richards at 2:52 AM