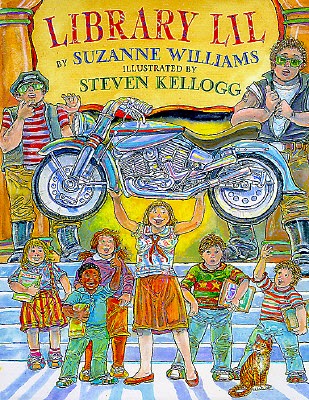 So I'm now entering my twelfth year as a school librarian. And this December will be ten years since I earned my MLS degree.

Recently, I came across some old floppies from that era and (after buying an external floppy drive on ebay), looked up my old papers.

It amazes me how many things I learned at the beginning of my career are now laughably archaic. For instance, there was the cataloging class. We had to memorize the insanely complicated methods of writing out a record for a book. It's harder than it sounds. It was like computer programming. Enter one line in the wrong space or mislabel something, and the entire record is useless.

My first library job was a summer spent converting the school library from a card catalog system to digital. Though my predecessor had started the switchover, I had to finish it and put it into action. I spent many days typing in line after line of title, author, publisher, subjects, etc. But in the end, it was worth it. We went online.

Of course now days, all you do is scan the book's ISBN (that number on the back of the book over the barcode), and the record is automatically uploaded. But I only have to do that rarely. All books I purchase come pre-cataloged, for just a few cents per book. I haven't had to enter a record from scratch in years.

Then there were the reference classes. A library, after all, is a repository of knowledge. Patrons will be coming to you with questions and you need to know exactly where to find the answers. We were asked dozens of questions by theoretical patrons, testing our resources to the limit. It was drilled into our skulls that only appropriate reference books could be used. Online databases were okay, provided they were approved.

Looking over the test questions, questions that could only be answered from the Mizzou library reference section or their databases, I realized a rather unsettling fact: I could now answer 90% of them with a google search. Any question that didn't involve health (librarians are cautioned not to give medical advice), government documents, or private business could have been answered on Wikipedia. And the answers on Wikipedia would have been correct. In many cases there would have been a lot more information than in the databases, and it would have been much more up to date.

I also had to take a statistics class. I got a B. If  you had offered me a million bucks to explain anything about statistics the next semester, I would have had to forfeit.

I'm not saying my classes were useless, far from it. I couldn't have survived those first few years without what I learned. It's just kind of sad how quickly all my skills became obsolete.

But I learned new skills, which mainly involve getting gets to love books. And that's something that will never become dated.

Of course the books are now on electronic doodads, but what're ya gonna do?