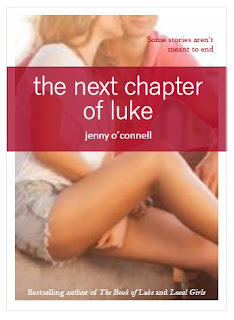 With Fourth of July just over, how can I help but think about sparks? There are the good kind (boy and girl hit it off) and the bad kind (conflict with enemies) and they're both fun to write. The thing is, the big, explosive blowouts are the easiest - the huge, colorful, awe-inspiring Fourth of July fireworks. For me, those scenes seem to write themselves. What's more difficult? The smoldering flame of a match, the little sparklers that burn over time without any single huge burst of light or sound. It's the difference between smashing a window and discovering over time that the little nick in your windshield has grown day by day without you even noticing.

So what's the difference when it comes to writing, and why is one more difficult than the other? Because one is obvious and begs for your attention. The other seemingly happens without even asking for you to notice. It's the difference between a character walking in on her boyfriend cheating with another girl, and a character realizing that the relationship that once seemed perfect now feels broken but she can't put her finger on why. Subtlety. It's a heck of a lot harder to write because it's quiet. As a writer I worry about something being so quiet a reader doesn't notice, and being heavy handed.

The sequel to my book The Book of Luke will be out shortly and it was just this "quietness" that I live like that. It would be exhausting! So in the sequel, The Next Chapter of Luke, I found my characters had reached a state of homeostasis - in fact, I never even thought about writing a sequel precisely for that reason. Where would the sparks be? Hadn't all the sparks burned out or been put out in the first book?
found difficult about the sequel. In the first book it was all conflict, events, big moments. But people don't really

So I had to find the sparklers, the matches, and, eventually, the finale of colorful bursts. There's a reason July Fourth fireworks happen only once a year. It makes them really matter, it makes them something to pause for and watch. But every single day? Like sequels, sometimes it's the quiet following all that flash and noise that makes that single spark really have an impact, on characters, readers, and writers, too.