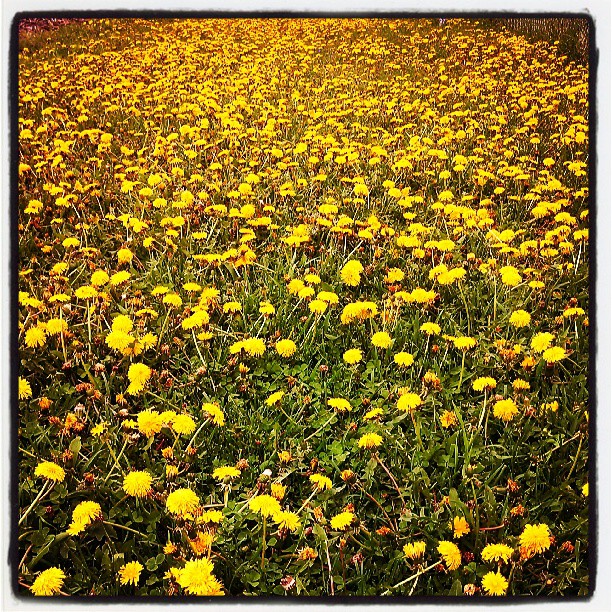 Ray Bradbury’s novel, Dandelion Wine, was one of my first thoughts when I heard that our theme for this month included sunsets and the end of summer. In Dandelion Wine, Bradbury follows Douglas Spaulding through a single summer of his boyhood--a summer that is then captured and stoppered in the batches of dandelion wine Douglas and his grandfather make.  I love the image of summer bottled in the cellar to be savored throughout the gray days of winter. I’ll let Bradbury do the talking for me this month:

The words were summer on the tongue. The wine was summer caught and stoppered. And now that Douglas knew, he really knew he was alive, and moved turning through the world to touch and see it all, it was only right and proper that some of his new knowledge, some of this special vintage day would be sealed away for opening on a January day with snow falling fast and the sun unseen for weeks or months and perhaps some of the miracle by then forgotten and in need of renewal. Since that was going to be a summer of unguessed wonders, he wanted it all salvaged and labeled so that any time he wished, he might tiptoe down in the dank twilight and reach up his finger tips.

And there, row upon row, with the soft gleam of flowers opened at morning, with the light of this June sun glowing through a faint skin of dust, would stand the dandelion wine.
...

June dawns, July noons, August evenings over, finished, done, and gone forever with only the sense of it all left here in his head….And if he should forget, the dandelion wine stood in the cellar, numbered huge for each and every day. He would go there often, stare straight into the sun until he could stare no more, then close his eyes and consider the burned spots, the fleeting scars left dancing on his warm eyelids; arranging, rearranging each fire and reflection until the pattern was clear….

Posted by Ellen Jensen Abbott at 8:00 AM