There Is Nothing New In The Story--by Kimberly Sabatini

There Is Nothing New In The Story...

No two human experiences are alike.

Everyone struggles and most of us try to hide it. Everyone feels misunderstood. And each of us has a different bottom line based on our individual set of experiences and obligations. We each have our own stories and understanding them is complicated work. It takes time and awareness.

While fighting for what a person believes is a necessary and desirable component of surviving the worst, I've begun to wonder if listening and learning isn't also a trait that's just as vital. I sometimes wonder if our ability to learn from the past is a muscle we don't flex enough. Maybe our awareness of  those around us and our empathy towards their individual human experiences could be just as powerful a weapon as any other--a safer weapon in the fight against the worst.


“When the situation was manageable it was neglected, and now that it is thoroughly out of hand we apply too late the remedies which then might have effected a cure. There is nothing new in the story. It is as old as the sibylline books. It falls into that long, dismal catalogue of the fruitlessness of experience and the confirmed unteachability of mankind. Want of foresight, unwillingness to act when action would be simple and effective, lack of clear thinking, confusion of counsel until the emergency comes, until self-preservation strikes its jarring gong–these are the features which constitute the endless repetition of history.”

Winston Churchill—House of Commons, 2 May 1935

When we are in the middle of surviving the worst, we tend to shake our baffled heads as we look around, declaring what we should have done while we had the chance. We decide it a missed opportunity. But I'm learning that every day is a new chance to learn from the story of our past and reinvent ourselves. There is no statue of limitations on becoming a wiser person. In the circle of life, you can never be at the end of your road without also being at your beginning. Just like fighting for right, empathy can start at any time.

There is nothing new in the story except our response to it. 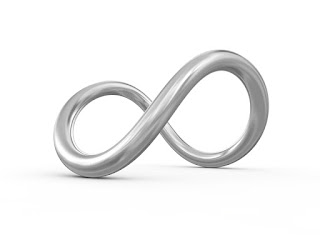 Posted by Kimberly Sabatini at 10:03 AM