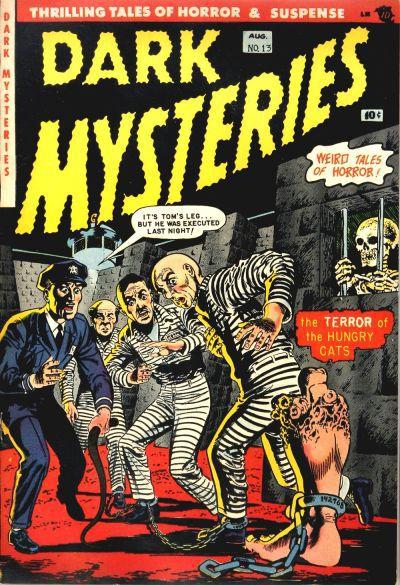 When I was a teenager, my father used to take my friends and me on camping/float trips. I can't imagine what would possess a man to voluntarily hang out with a bunch of unruly fifteen-year-olds. I'm sure he had his reasons. 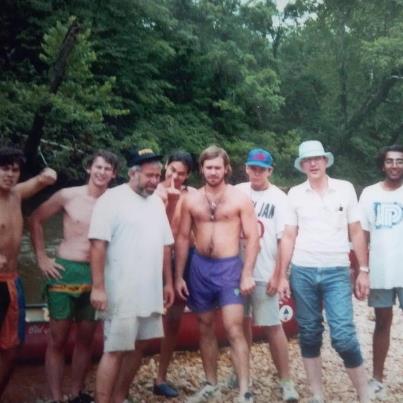 Dad, third from left. This also marks the first of 20,000 times my friend Joe would flip off the camera. The guy in the purple trunks is now my brother-in-law.

At any rate, as we would sit around the camp fire telling stories of unrivaled fantasy and fiction, one theme would always appear: the legend of Tom's leg.
It began as a throwaway joke in one of my father's stories, about how Tom was killed in the war, leaving behind only his leg, which went on a series of subsequent adventures. This proved to be the seed of many an absurd tale, with the severed leg going on many globe-spanning journeys. Tom's leg was our inside joke, a phrase that made us laugh through college and beyond.

Dad claimed he got the idea from a 1950s comic book, where a character screamed 'It's Tom's leg!' though how you'd identify someone from just a limb was not explained. The idea intrigued me, but my father could remember no more details.

But then along came ebay. A quick search of 'it's tom's leg' + 'comic book' led me to the appropriate issue, which I of course bought for him for Christmas.

It's been a long time since that first float trip in 1990, but I fondly remember the legend of Tom's leg. It still beats out our other favorite tall tales of the time, 'The story of the bloody fingers' and 'one time I kissed a girl.'